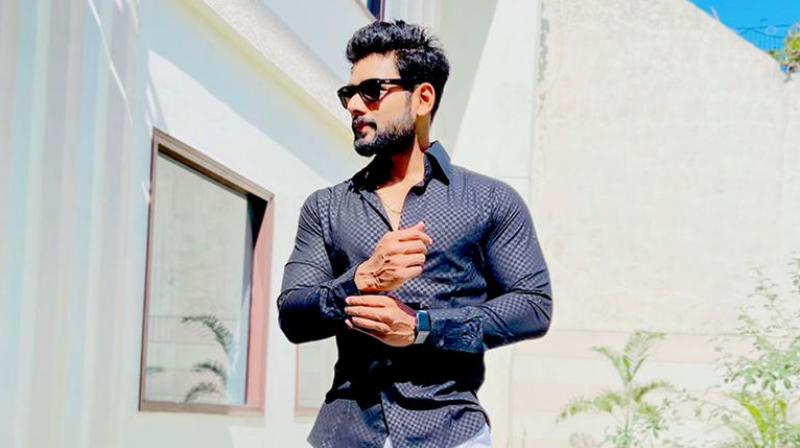 The lead actor in the Marathi film, ‘Shiva- Ek Yuva Yodha’, Siddhant More plays the role of ‘Shiva’ and marks his debut in the field of acting after pursuing a fulfilling career in the fitness industry. Later he had done music albums and did shooting for another film which will be released soon.

The handsome actor made a successful debut with all his shows going housefull in the M-town.

Originally from Aurangabad, Maharashtra, Siddhant is a commerce graduate from BAMU University. He has forever been into lifting weights and working out and he chose to make a career in it. At a tender age of 19, Siddhant was crowned as Senior Mr Asia in the competition held in Japan. He was also the first Indian to grab the medal in Classic Bodybuilding Division.

His Father Dr. Sanjay More is one of the presumed people in the public eye. He is the General Secretary of the Indian Bodybuilding and Fitness Federation. Belonging from the same line in which Siddhant wanted to build a career helped the latter alot to have constant guidance in the field.

Currently, Siddhant More plans to focus on his acting career but also keep his targets in Bodybuilding close. He is prepping for a bunch of Bodybuilding championships alongside. He recently signed another film with a big banner and the details of the same would be made public soon.

The actor is also a social entrepreneur who is the founder of Bharati Foundation, an NGO in Aurangabad, Maharashtra that brings individuals from different classes together to give assistance, feed and help the under-privileged class by donating medicine worth 15000 rs every week. They believe to make a more prominent social contribution and empower corporate-social speculation to have an effect in the existence of destitute individuals.

Talking about this commendable venture, More says, “It was my Mother's dream from a very long time to help poor people. Consequently, when I for one came at a phase where I can contribute some measure of my own, I began this establishment for the sake of my mom, and now it has made a huge difference to my life.” They also donate medicines to the needy ones free of cost which otherwise costs them for fifteen thousand rupees per week.

Certainly, one could call Siddhant More as the jack of all trades. Handling all the boats with so much precision, he is an inspiration to many budding entrepreneurs and men of his field!