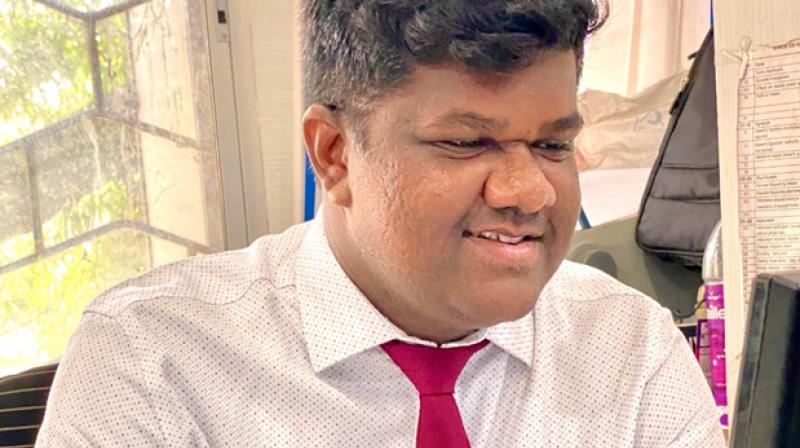 We all have our knights in the shining armours. For some, it is a human figure who rescues us from the clutches of societal norms, and for others, it is taking off and pursuing their dreams. Liberation can have different meanings to different people, and for Atul Mohite, Bank of India served as the tunnel which led the way of light into his life.

Atul’s life has never been easy. After the demise of his parents, he was on his own. With his early life being full of up’s and down’s and having a career crisis, he found stability and peace in his job at the Bank of India.

Atul considers himself extremely lucky and is grateful at how his life turned out when he joined the amazing team at the Bank of India. He believes the freedom and acknowledgement his job has given him, is not only rare but also an opportunity everybody should get. When asked if managing two careers has been hectic, he lauds his colleagues and seniors at his workplace. He says that people are very constructive and accommodating when his deadlines are approaching. He adds that being a writer at the team has given him the recognition that he is really fond of.

“Psychology is my passion”, Atul says, “It was really hard and tough for me growing up, so I want my books to help people alike struggling alone. I want to let them know, they are not the only ones.

Atul strongly believes that people should have a job which gives them the liberty to follow their passion. He says writing helped him not only to express himself but also helped him to gain some emotional stability. His journey as an author started when he was 19. As he recently turned 29 and completed a decade, he is thankful for everybody that helped and supported him to get where he is.

He writes to inspire people and help them grow and evolve, he believes in having elements of entertainment but that isn’t his only focus. He has recently released a trilogy: ‘Jean Angel’, which deals with elements like psychology, magic and fantasy.

“Fantasy helps humans discover, it leads to invention and solution of things that we did not know existed, it makes one think everything is possible”. Atul is planning on to release new books and is also working on the same. He feels blessed to have reached this point in his life and wants to inspire a liege of people like him who just need a little guidance and faith to get through life.

How to get rid of writer’s block and become an established writer? By Author Arpit Bakshi

How Much the IPL Can Change in the Second Leg of IPL?

Why Online Gaming in India Is Still an Immature Industry?