Amid a major 2nd wave of COVID-19 infections, a fast increase in cases of mucormycosis adds to the problems of India's health care system 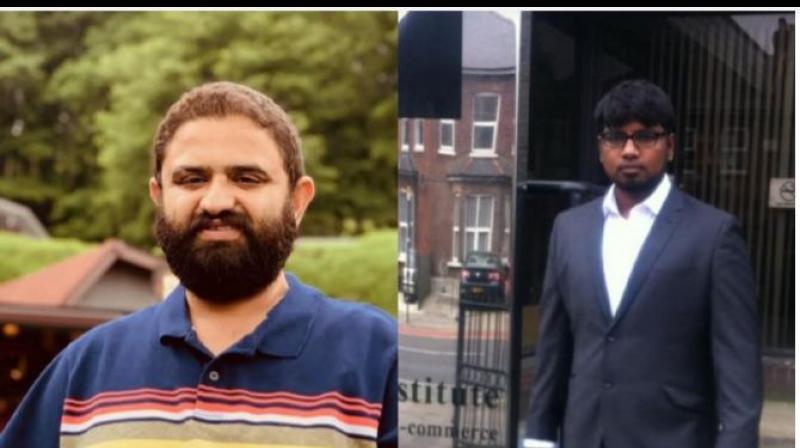 Considering all the factors and situations at current, Researchers in the field of information technology are making progress to help medical experts in defining/creating an algorithm to detect such symptoms of the disease making sure that it doesn’t become another pandemic. — By arrangement

Amid a major 2nd wave of COVID-19 infections, a fast increase in cases of mucormycosis, often known as black fungus, adds to the problems of India's health care system. This disease is not contagious, meaning it cannot be spread through human contact. However, it is transmitted by fungal spores that are prevalent in the air or the environment, and it is practically hard to prevent exposure to them. According to the US Centers for Disease Control and Prevention, mucormycosis has a 54 percent mortality rate, which varies depending on the patient's state and the body area affected. More than 7,000 incidences of the usually uncommon disease have been recorded in recent weeks throughout India, with the majority of the occurrences being individuals who have been diagnosed with COVID-19 or are recuperating from the disease. Although COVID-19 has been linked to a variety of secondary bacterial and fungal diseases, researchers believe that India's second wave of COVID-19 has provided an ideal environment for mucormycosis.

Considering all the factors and situations at current, Researchers in the field of information technology are making progress to help medical experts in defining/creating an algorithm to detect such symptoms of the disease making sure that it doesn’t become another pandemic

During such times, Mr. Ishaq Azhar Mohammed with AI expertise, India collaborated with Sr. Data Scientist Mr. DilipKumarVarma Jetty, USA and Developed an economical smart device that can be used in monitoring and identifying the Black Fungus disease (post Covid-19 infection) In real time paying the way for medical experts in utilizing AI techniques. Devices developed by these experts integrate FTIR microscopy and artificial intelligence in analyzing samples of infected patients. The detection of black fungus illness will be accomplished in a simple, rapid, and reliable manner. In the context of machine learning-assisted Fourier transform infrared (FTIR) microscopy, FTIR microscopy is an efficient, rapid, and repeatable process for obtaining spectral fingerprints of biomolecules. It is possible that having this information in an easily accessible format will be important for the successful management of the disease.

Mr. Azhar in his research mentioned that this AI computer-based program device is so unique that the device is already trained to recognize signals from black fungus molecules, and it will match each data from the patients with the already determined spectrum. A positive result will be observed if the spectrum of the patient matches that of the AI-programmed data. The sample obtained from the patients will be put in the rotating machine's sample tube. The serum samples will be separated, and each sample will then undergo an FTIR system using He–Ne laser beams. A laser beam will be used to determine the spectrum of serum molecules, which will then be identified by a photodetector circuit in a separate circuit. The photodetector circuit will transmit a signal to the data acquisition system, which is comprised of sensors, DAQ measurement hardware, and a computer with programmable software, which will then process the information.

Mr. Dilip Kumar stated that 2020 was a difficult year for healthcare. A year later, the difficulties persisted. Caregivers continue to combat the COVID-19 epidemic – a difficult endeavor in and of itself, let alone when compounded by a staffing shortage, a nationwide mental health problem, and treatment of prolonged chronic ailments. Relying on automation, the contributions made by Mr. Dilip and Mr. Azhar in developing this artificial intelligence device will be poised to improve healthcare delivery services by assisting caregivers in overcoming various obstacles in detecting Black Fungus.

.Scientists proposed that this device is economically viable as its components are inexpensive. The Healthcare system will have a better chance of benefiting in detecting the black fungus disease without spending a lot on acquiring the devices that would be costly considering the current situation of the COVID-19 pandemic. By analyzing enormous volumes of data, it may significantly improve the efficiency with which tasks are completed and the decision-making process. Additionally, it may stimulate the development of technological innovations, sectors of the economy like the manufacture of medical equipment, hence increasing customer demand and providing new income streams.

Due to AI's ability to handle large amounts of data concurrently, it has the potential to greatly improve humans in identifying illnesses such as Black Fungus. This AI Device will contribute significantly to this progress making its economic benefits across the globe.