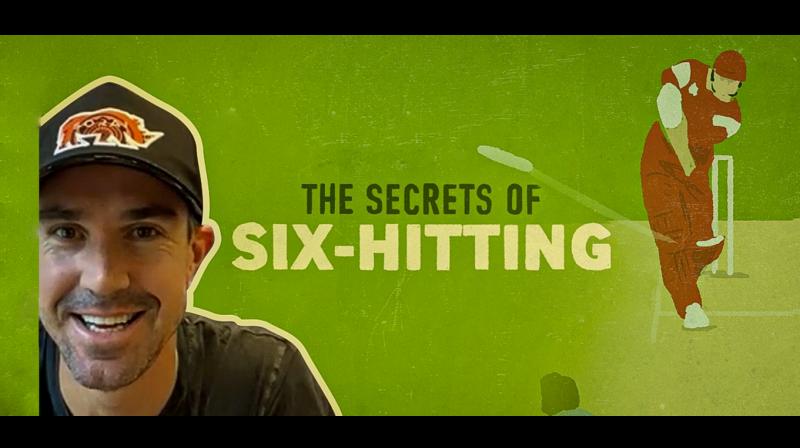 The players share the secret of hitting sixes, starting with Kevin Pietresen.

‘‘That’s a six up in the air,’ and we jump out of our seats with a big smile on our face. The real happiness a cricket fan gets while witnessing the match.

We expect another six but when that doesn’t happen, we easily blame the player. As a viewer, it is easy to say but the no one truly understands the effort that goes into hitting sixes.

The players share the secret of hitting sixes, starting with Kevin Pietresen. He talks about the timing of hitting the ball and the practice it takes to smash a six. He says “Hitting sixes is about confidence and knowing your tools, in the 2010 world cup which we won in the Caribbean, that was the first time we went out and practised range hitting. If a ball is in the area where I am clouting, she goes.”

Talking about AB de Villiers and Hardik Pandya on how talent triumphs over strength, Pietersen says, “You can look at Hardik Pandya from India, he really muscly but he's not a Kieron Pollard or Chris Gayle, hitting sixes regularly, it's timing based. Your bat has to be something that when you look down and think, 'I am gonna take this bowler on, you stand a good chance', Fielders don't matter anymore, you can get caught on mid-on, there is no batsman in the world who goes out now and thinks that they can't hit a six, gone are the days of getting yourself in. That's what they do, that's how they play now, it's the entertainment that they bring to the game”

Having a great physique is another factor when coming to playing cricket. “You can always get the power through the gym and get strong but if you look at Nicholas Pooran at the moment, even AB De Villiers, they are not as big and strong. It is something that you are constantly grooving and constantly working on. I am not necessarily big on the weight of a bat, but it makes a massive difference in the mental side of things. Gone are the days of getting yourself in. Players are realising that they can score 13 or 14 overs" says David Mdiller.

Former cricketer and Australian coach, Darren Lehmann says, “The feeling when you have hit a six, it just comes out from the great sound of the bat, that is what I do miss as a batsman".

Reeza Hendricks adding to his statement said that the game's fundamentals haven't changed, but everything around it has.

Dwaine Pretorius, in similar fashion, adds that it is important for you as a player to realise which ball you should hit and which you should leave.