30 Jul 2020  The Extraordinary Power of Humor: Director Akram Hassan on his film Pandit Usman
In Focus

The Extraordinary Power of Humor: Director Akram Hassan on his film Pandit Usman

Akram is also working on another social satire, a feature film which he is currently developing 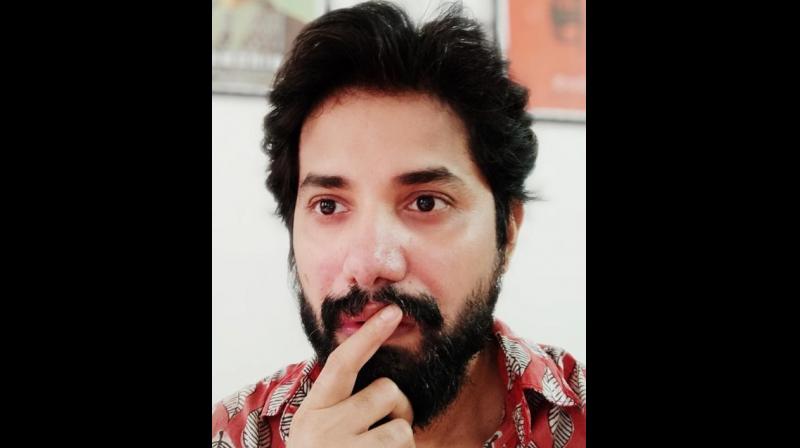 PANDIT USMAN, a social satire which released on YouTube last week, chronicles the story of love and compassion through the point of view of a 9-year-old Kid.

Written and Directed by Akram Hassan, film is receiving massive praise from all quarters.

Akram says –“Ï am ecstatic to witness the kind of feedback I am receiving on the film”.  Talking about Pandit Usman, Akram adds - “a subject which off late rung so much of hate and bitterness, was treated in a very light-hearted way without being critical to anyone yet touching the right note in understanding how love is the only answer to our differences”.

Akram is also working on another social satire, a feature film which he is currently developing.

“Cinema is a hand holding process where you first incite the audience, amuse them and then tell your story. It has to be simple, but perhaps simple cinema is the hardest to make.  Filmmaker has to work hard to clean and streamline his or her thoughts to make it simpler for the audience. And I believe humor as a treatment plays a very integral role in that process.  Humor has a very extra ordinary power in reaching the subconscious of any audience and when humor is intertwined with love, it’s magic!

“For me using comicality to tell a story is the highest form of creative endeavor. The best example in cinema is Charlie Chaplin, the amazing satirist any generation has witnessed.  All his works were so effective and urgent and yet so entertaining.”

Worked as an assisted director with Aamir Khan Production and UTV Motion pictures, AKRAM is currently in the process of making his first feature.

“For me shorts and features are no different. It’s like painting, only the size of canvas changes hence your ratios in characters, plot points, beats etc. changes whereas basic tools like paints, brushes, strokes and detailing remains the same.”

Music is by the acclaimed Music Composer Shantanu Moitra,  sound design was under the supervision of  the great P.M. Sateesth.  Film is shot by Sudip Sengupta and edited by Satyajeet Kelkar and written and directed by Akram Hassan.