He said while number of infiltration attempts increased in the past year, so did the number of terrorists killed. 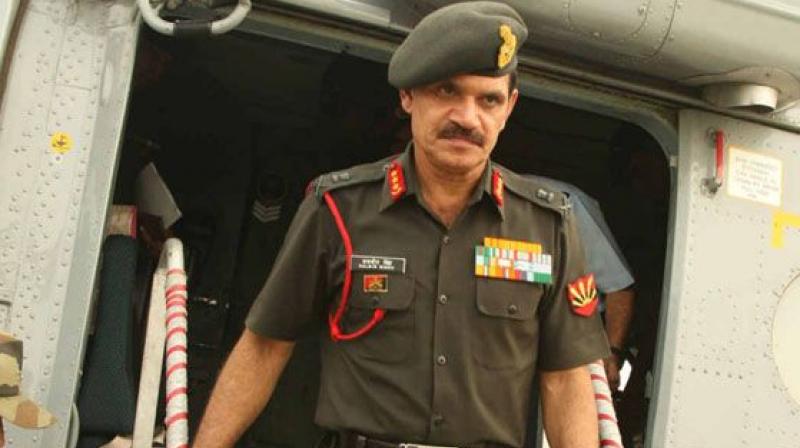 New Delhi: General Dalbir Singh Suhag, who superannuated as Army Chief on Saturday, said the Army is well prepared to meet all challenges -- internal or external -- as he thanked the government for providing a free hand in conduct of operations.

He said while number of infiltration attempts increased in the past year, so did the number of terrorists killed.

Speaking to reporters, Gen Suhag, who served the forces for 43 years, saluted the soldiers who made the supreme sacrifice on the line of duty to uphold integrity and honour of the nation.

He also lauded the soldiers and officers who serve in the most challenging terrains, including those who have fought insurgency.

"I express my sincere gratitude to the honourable Prime Minister and the government for their full support and for giving a free hand in conduct of operations, for giving impetus to modernisation and for granting One-Rank-One-Pension to the ex-servicemen," he added.

Gen Suhag said the day he took over as Chief of Army Staff, he had said the army's response to any action against the country's interests would be more than adequate, immediate and intense.

The Army has been able to deliver on that promise in the last two and half years, said Gen Suhag, under whose term the armed forces also conducted surgical strikes along the LoC.

He also said he never gave any TV interview as he believed that actions should speak louder than words.

Speaking on his tenure, he said infiltration attempts and number of such incidents increased.

He said the Army focussed on good training and operational preparedness during his term.