Savitribai Phule said the country will not progress because of Kumbh or temples but by implementation of the Constitution. 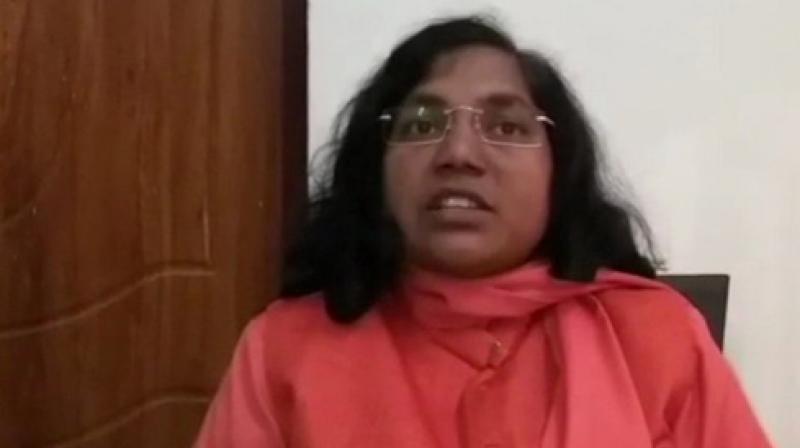 On December 6, Savitribai Phule had resigned from BJP accusing it of dividing the society and not doing enough on the issue of reservation. (Photo: ANI)

Bahraich: Attacking the Uttar Pradesh government on Monday, former Bharatiya Janata Party leader Savitribai Phule said the country will not progress because of Kumbh or temples but by the implementation of the Constitution.

"While the scheduled caste and tribes are fighting for their rights and employment, the Uttar Pradesh government is spending crores in the name of Kumbh and temples," said Phule.

"Can Kumbh or temple feed people of schedule caste, tribes and Muslim community. The government wants to divert people's attention and hence is spending money on Kumbh. The country cannot be governed by a temple or God but by the constitution," she added.

On December 6, Phule had resigned from the BJP accusing it of dividing the society and not doing enough on the issue of reservation.

Phule was elected from the Baharaich Lok Sabha constituency in 2014 elections and won for the first time from this reserved seat.