Police have booked Kannan, the writer on the basis of multiple complaints filed by BJP leaders. 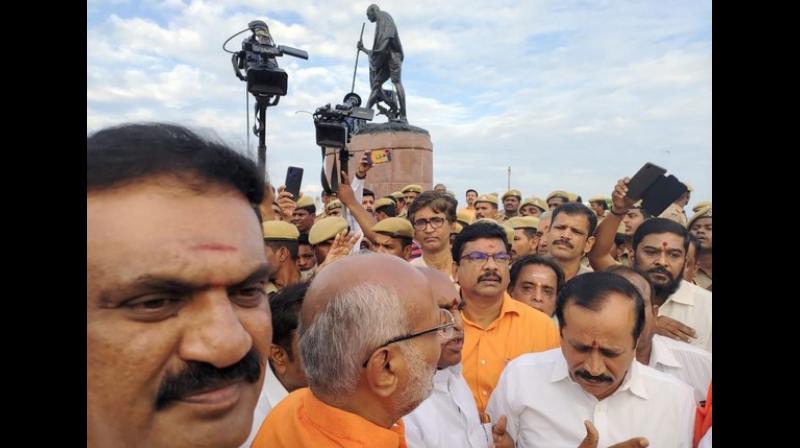 BJP workers staged a protest at the same venue demanding the arrest of Kannan for his speech delivered during a protest meeting against the citizenship law. (Photo: ANI)

Earlier in the day, BJP workers staged a protest at the same venue demanding the arrest of Kannan.

Condemning Kannan's speech delivered during a protest meeting against the citizenship law, BJP state secretary KT Raghavan said that the state government should take action and arrest him immediately.

"It is highly condemnable. Nobody will accept these utterances of Nellai Kannan. In fact, he spoke at a Muslim rally. The Muslim leaders who were present on the dais should have condemned it," Raghavan told ANI.

"The state government should act, our party State secretary has lodged a police complaint. He must be arrested immediately," he added.

The Tirunelveli Police have registered an FIR against the writer for the speech delivered at a meeting, which was called by the Social Democratic Party of India on December 29.

Police have booked him on the basis of multiple complaints filed by BJP leaders.