The probe authorities are yet to ascertain whether it was an accidental death or a murder. 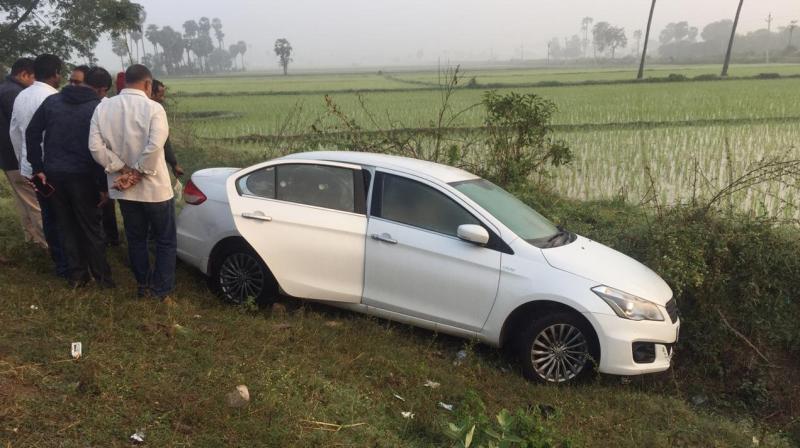 Police suspect that someone has killed Jayaram and has tried to create it as an accidental death. (Photo: ANI)

The deceased has been found with a head injury, the police said. His body was found at the leg space of the back seat of the car.

The probe authorities are yet to ascertain whether it was an accidental death or a murder.

Giving out more details about the incident, A Subhash, Deputy Superintendent of Police Nandigama said, "The Highway patrol team has found a car beside the road with a person died inside with a head injury at 11:30 PM on Thursday. They have identified that the person was Chigurupati Jayaram, an industrialist. Jayaram had came out from his house two days ago and had informed his relative that he is coming back to Vijaywada yesterday."

"When the police collected the CCTV footage of different toll gates situated in Vijaywada they found that some other person was driving the car. Police suspect that someone has killed Jayaram and has tried to create it as an accidental death. The actual reason of the death will be announced after the PME reports," he added.

Chigurupati has opened a Telugu news channel and closed it a year ago. He was arrested in January last year on the charge of non-payment of salaries to employees.