India   All India  01 Feb 2022  Budget is betrayal of salaried, middle classes, nothing for farmers and youth: Cong
India, All India

Budget is betrayal of salaried, middle classes, nothing for farmers and youth: Cong 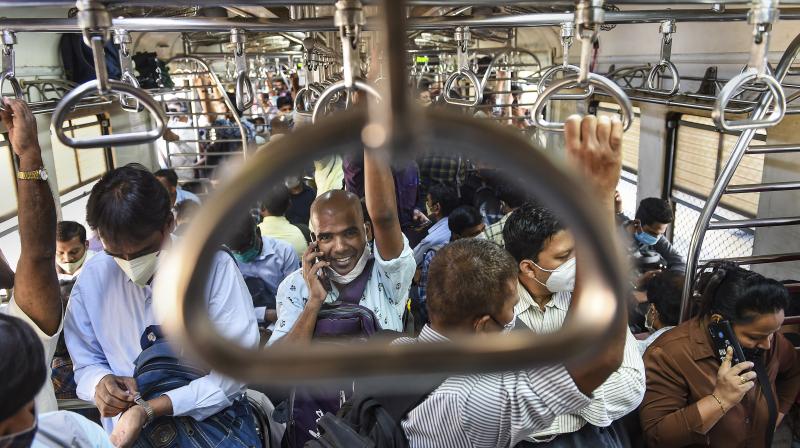 People ride a local train wearing masks as a precaution against the coronavirus on the day of tabling of the Union Budget at the Parliament, in Mumbai, Tuesday. (Photo: PTI)

New Delhi: The Congress on Tuesday accused Finance Minister Nirmala Sitharaman and Prime Minister Minister Narendra Modi of betraying the country's salaried and middle classes by not announcing any relief measures for them in the Union Budget.

Congress general secretary and chief spokesperson Randeep Surjewala said the salaried and the middle classes have been affected due to pay cuts and high inflation.

"India's salaried class and middle class were hoping for relief in times of pandemic, all round pay cuts and back breaking inflation. FM and PM have again deeply disappointed them in Direct Tax measures," Surjewala said on Twitter.

"This is a betrayal of India's Salaried Class and Middle Class. #Budget2022," he said in his initial remarks on the Union Budget. Terming the document a "Nothing budget", he said in a Twitter post in Hindi that it has nothing for the poor, the salaried and the middle classes as well as farmers and the youth whose pockets are empty. There is nothing, he added, to increase spending and to promote small scale industry.

In his comments soon after the finance minister presented the budget for 2022-23 in Parliament, Surjewala also asked how the government was imposing tax on profit from crypto currencies when it is not clear if it is legal.

"What about its regulator? What about regulation of Crypto Exchanges? What about investor protection? #Budget2022," the Congress spokesperson said in another tweet.

Congress leader Manickam Tagore added that it is a "pro-corporate" and "pro-rich" budget with nothing for the middle class and farmers.

"...Nothing for a jobless youth, Nothing for farmers.. Nothing for middle class.. Again Nirmala madam Fails... #Budget2022," Tagore, who is the Congress whip in the Lok Sabha, said on Twitter.