This is the second time that the missile has been test-fired in a month and is part of an effort to put in place a missile defence system. 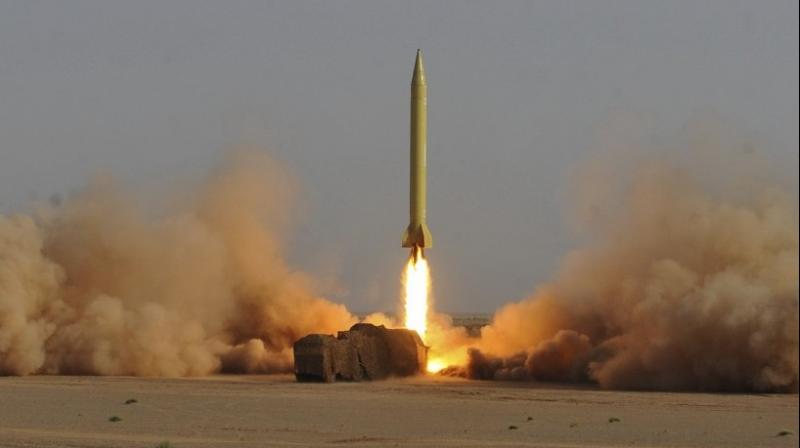 This is the second time that the missile has been test-fired in less than a month and is part of an effort to put in place a multi-layer missile defence system.

"Today's test launch was conducted in order to validate various parameters of the interceptor in flight mode," a defence official said, adding that it was a low altitude trial.

The interceptor was engaged against a target which was a Prithvi missile launched from launch complex 3 of the Integrated Test Range (ITR) at Chandipur near Balasore, taking up the trajectory of a hostile ballistic missile.

The target missile was launched at about 10:10 am from Chandipur.

After about four minutes the interceptor, Advanced Air Defence (AAD) missile positioned at Abdul Kalam Island in the Bay of Bengal, getting signals from tracking radars, roared through its trajectory to destroy the incoming hostile missile in mid-air, in an endo-atmospheric altitude, the official said.

"The mission was excellent and it was a direct hit," said a scientist of the Defence Research Development Organisation (DRDO).

The interceptor is a 7.5-meter long single stage solid rocket propelled guided missile equipped with a navigation system, a hi-tech computer and an electro-mechanical activator, the official said.

The interceptor missile had its own mobile launcher, secure data link for interception, independent tracking and homing capabilities and sophisticated radars, the official added.

On February 11, an incoming hostile ballistic missile target was successfully intercepted at high altitude, above 50 km of the earth's atmosphere by an exo-atmospheric interceptor missile off the Odisha coast.

Earlier, a low altitude (endo-atmospheric) test of AAD missile was successfully test launched on May 15, 2016 from the same base.