The Old Congressmen were helpless as Venugopal and Siddaramaiah had blessings of Rahul Gandhi. 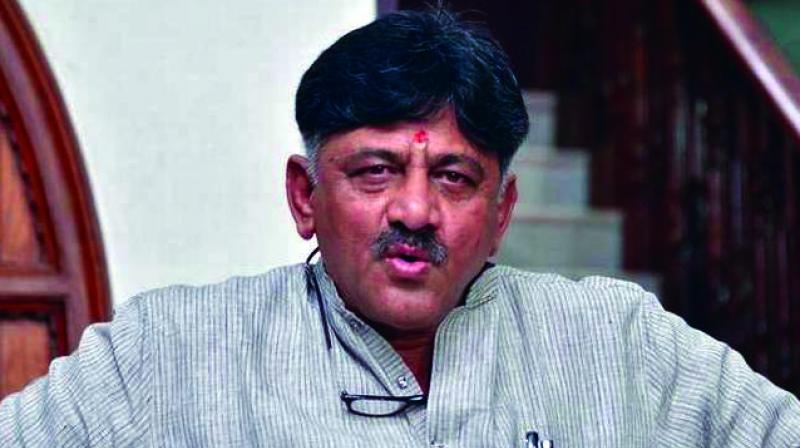 Bengaluru: Unable to cope up with internal squabbling, the Congress party has decided to put Karnataka into the list of Madhya Pradesh and Rajasthan, where appointment to prominent posts are still pending.

Meanwhile, to comfort former minister D.K. Shivakumar, who is waiting in the wings to become KPCC president, the party high command dispatched AICC General Secretary Ghulam Nabi Azad, who is close to Shivakumar.

Azad, who had come to Bengaluru on Friday to attend Kashmiri Muslims Organisation meeting, made a surprise visit to Shivakumar's residence on Saturday morning, enroute Airport.

Assuring that the party was behind him, he asked Shivakumar to wait for sometime, citing the examples Congress ruled Madhya Pradesh and Rajasthan, which were also facing similar leadership issues.  The party was having five states, including Karnataka in mind, where the leadership issues would be sorted out together.

With that, appointment for KPCC as well as party decision to whether divide Congress Legislature Party leader and Leader of Opposition in Assembly has been put on hold for at least one month, till budget session in Karnataka and Parliament Session in New Delhi is over.

The leadership squabble in Karnataka is an open secret for the last five years. Old loyalists of party have been cribbing since then, as Siddaramaiah supporters are dominating entire party.

Added to injury, AICC General Secretary and Karnataka in-charge K C Venugopal also supported Siddaramaiah group. Venugopal's dislike for Shivakumar is also an open secret as Shivakumar, since his NSUI days is close to Venugopal's arch rival in Kerala Ramesh Chennithala. The Old Congressmen were helpless as Venugopal and Siddaramaiah had blessings of Rahul Gandhi.

Soon after coming out of jail, decks were cleared for Shivakumar to become KPCC President. At the same time, AICC president Rahul Gandhi, who had taken break from active politics returned. Shivakumar's candidature had been cleared by Sonia Gandhi.