The case pertains to alleged financial irregularities in supply of high-altitude tents worth Rs 22 crore to Research and Analysis Wing during 2009-13. 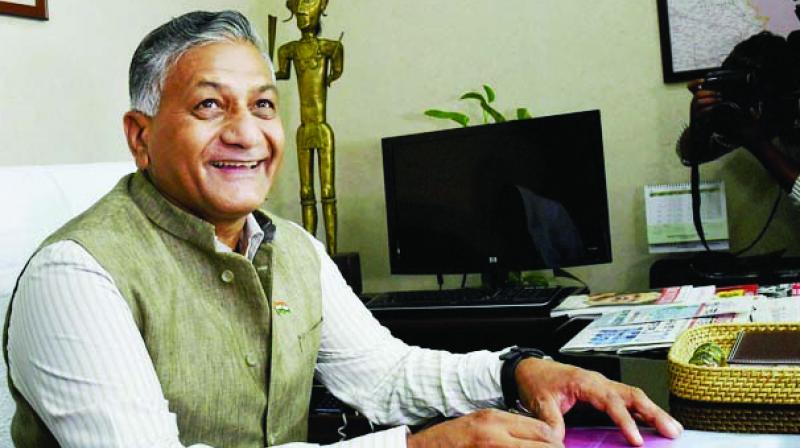 New Delhi: The Congress on Friday accused the Enforcement Directorate of “deliberate omission” in not questioning former Union minister V.K. Singh after the agency attached his former close aide’s assets of over Rs 21 crore.

The ED had attached assets worth Rs 21.29 crore of a firm owned by S.P. Singh, considered a close aide of Union minister V.K. Singh, and others in connection with a money laundering case. The case pertains to alleged financial irregularities in supply of high-altitude tents worth Rs 22 crore to Research and Analysis Wing during 2009-13.

The agency said it has issued a provisional order against Shambhu Prasad Singh and others “under the Prevention of Money Laundering Act in a case of bank fraud”.

“Our question is very clear that how is it that the ED, which is jumping the gun on every small and every big issue, has not thought it fit to even question the former Army Chief and now a minister in the government. No exchange, no information, no questioning, no attempt to investigate. This is an act of extreme curiosity, seriousness and an obvious deliberate omission,” Congress spokesperson Abhishek Manu Singhvi said.

“I don’t think anybody’s aide has the stature, the power, the impact to have such large sums of money on his own which the ED in a written notice is seeking attachment of,” he said.