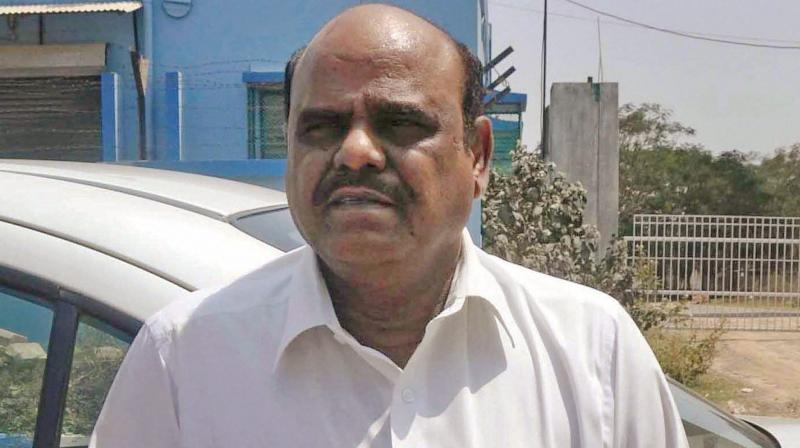 New Delhi: Calcutta high court’s Justice C.S. Karnan, appearing for the first time before the Supreme Court in the contempt case against him, was insolent as ever. He refused to apologise for accusing several top judges of corruption and demanded that judicial work taken from him in February be restored.

In the openly confrontational hearing, when the seven-judge bench headed by Chief Justice of India Jagdish Singh Khehar declined, and asked Justice Karnan to file a proper reply in four weeks, the 61-year-old judge declared that he would not appear before the court again and challenged the court to “arrest and put me in jail” for contempt.

When the CJI said that the court will proceed only after it gets a written response from him, Justice Karnan replied, “If my work is not restored I cannot file a reply. I am very mentally disturbed.”

To which the CJI responded, “If you feel that you are mentally not in a position to reply give a medical certificate. Then we will consider.”