Cabinet ratifies ILO convention 182 and convention 138, thereby prohibiting children under the age of 18 from work. 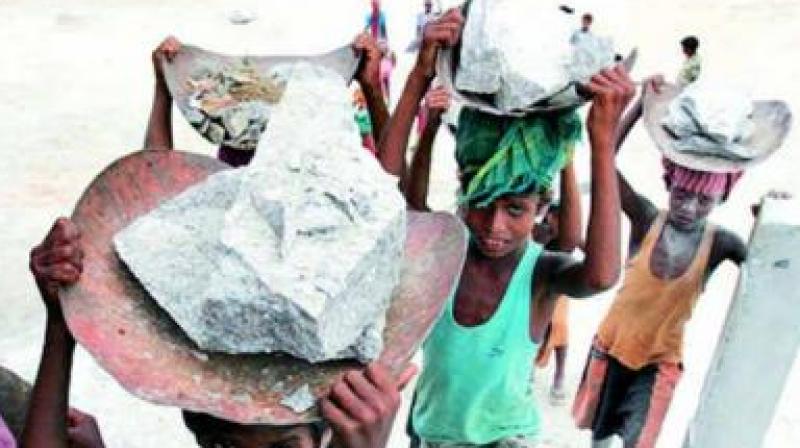 India joins majority of countries which have adopted the legislation to prohibit and place severe restriction on the employment and work of children. (Representational image)

New Delhi: In a significant move, India on Friday inched towards eliminating child labour from the country. The Union Cabinet ratified the International Labour (ILO) convention 182 and convention 138, thereby prohibiting children under the age of 18 from work, which by its nature is harmful for the health, safety or morals of children.

With this, India joins majority of countries which have adopted the legislation to prohibit and place severe restriction on the employment and work of children.

In fact, with India ratifying the ILO convention, the government will have to re-think on the existing Child Labour Act that allows minors to work in family enterprises and paves way for complete prohibition of employment below the age of 14.

In 2016, the government had passed amendments to the Child Labour Act following which children younger than 14 years were allowed to work in family enterprises and farms after school hours and during holidays.

Children working as artistes in the audio-visual entertainment industry, including advertisement, films, television serials or any such other entertainment or sports activities, except the circus, were also granted exemption, provided the work does not affect their school education.

Importantly, the existing Act prohibits the employment of children below the age of 14 years in hazardous occupations identified in a list by the law. The list was expanded in 2006, and again in 2008.