The VSDs and motors are installed at the North (Nashri) and South (Chenani) portals for air supply and exhaust. 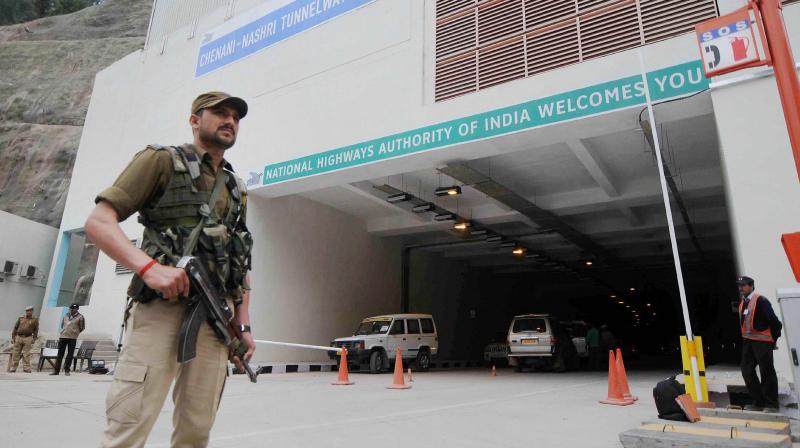 A security person stands guard outside Chenani-Nashri Tunnel on Jammu-Srinagar highway ahead of its inauguration, in Jammu. (Photo: PTI)

Srinagar: The Chenani-Nashri tunnel on Jammu-Srinagar National Highway, which Prime Minister Narendra Modi will dedicate to the nation this Sunday, is the India’s first and the world’s sixth tunnel to have transverse ventilation system, providing fresh air to passengers.

“This tunnel is the India’s first and the world’s sixth road tunnel with a transverse ventilation system enabled by ABB drives and controlled by ABB software,” an official of the ABB said on the eve of inauguration of the 9-km long tunnel.

ABB is the global leader in industrial technology and operates in approximately 100 countries, including India, according to its official website.

The VSDs and motors are installed at the North (Nashri) and South (Chenani) portals for air supply and exhaust.

“These VSDs are also equipped with inbuilt redundancy to ensure minimum downtime,” the official added. The tunnel, constructed at a cost of `2,519 crore, will reduce the distance between Jammu and Srinagar by 30 km, even in adverse weather conditions.

The ventilation system in the Chenani-Nashri tunnel will ensure that passengers have access to fresh air as they drive through it, he said.

The tunnel’s safety controls were developed by ABB in India, for effectively mitigating any fire emergencies, he said. The tunnel is a part of National Highway Authority of India’s project between Jammu and Srinagar, along the NH 44.