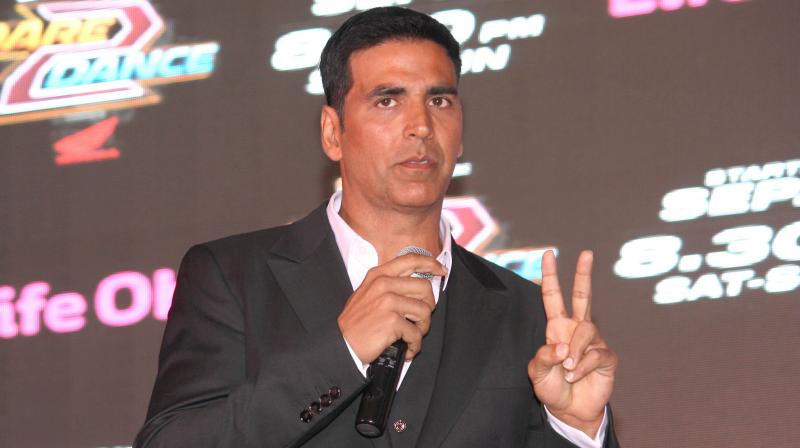 New Delhi: The home ministry will launch a website which will allow people to donate to families of paramilitary troopers who died on duty.

The ministry has considered a proposal by actor Akshay Kumar, who proposed that the details of such families should be put on a public platform so that anyone could donate to them. The website would have details of the martyrs and their families such as bank account numbers.

According to the proposal, the maximum limit for such donations would be Rs 15 lakh. Once the ceiling is reached, details of the family would be erased automatically.

The website is likely to be launched next week. Each entry will include brief details about the operation in which the trooper was killed.

People familiar with the matter said the public can also directly donate for specialised treatment of critically injured troopers.

Every paramilitary force such as the CRPF, BSF, ITBP, CISF, SSB and NSG will have a nodal officer who will be responsible for updating data on the website.

Android and iOS applications of the website could be developed later, officials said. The home ministry and paramilitary forces already provide compensation to families of those killed in operations.

Akshay Kumar recently donated Rs 9 lakh each to families of 12 CRPF personnel killed in a Naxal ambush in Chhattisgarh’s Sukma on March 11.