India   All India  01 Apr 2017  UP: Warden strips girls to check on menstruation
India, All India

UP: Warden strips girls to check on menstruation

The warden, who declined to be named, said she found blood stains on the bathroom floor and walls, and wanted to check if the girls were fine. 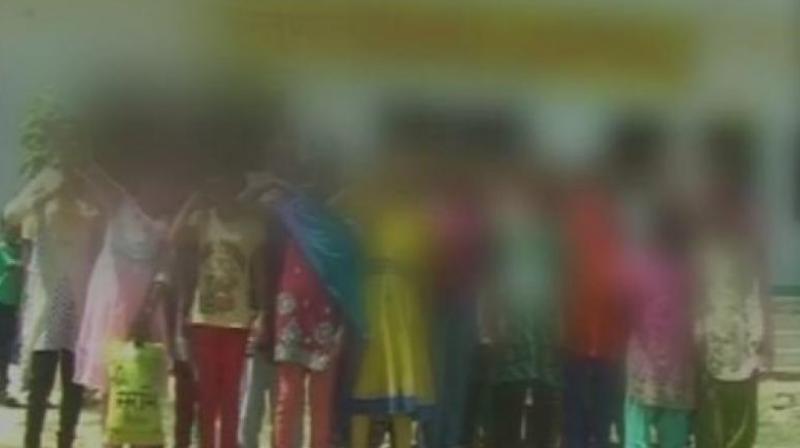 Lucknow: Over 70 girl students of a residential school in Muzaffarnagar were stripped naked by their warden, who wanted to “check” whether the girls were menstruating. UP minister Shrikant Sharma on Friday condemned the “shameful incident” and said a probe by the authorities concerned has been initiated.

“We were informed through the media about the incident, and the officers concerned have been given instruction to carry out investigation,” the minister said.

Students at Kasturba Gandhi Girls’ Residential School in Khatauli said the female warden, Surekha Tomar, rounded them up and ordered them to strip.

She allegedly threatened them with a beating if they did not obey her. The girls said the warden found some blood stains in the bathroom and asked all the girls to remove their clothes.

“It was extremely humiliating for us and we immediately informed our parents after which the matter was taken up with officials,” one of the girls said. The families of the students came to the school and staged a protest on Thursday, after which the warden was suspended.

The local education department has also started an inquiry into the matter. The warden, who declined to be named, said she found blood stains on the bathroom floor and walls, and wanted to check if the girls were fine.

“The girls are young and unable to express themselves. I am usually strict with the rules and the girls made this an excuse to make me leave. Some staff members are also provoking them,” the warden said.