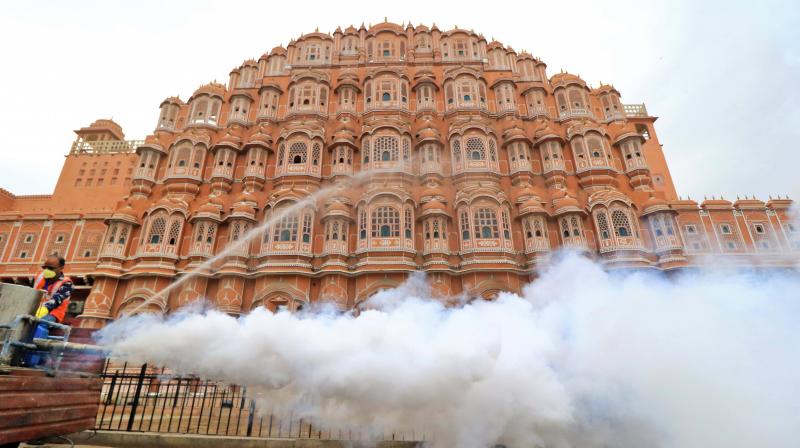 JMC workers fumigate the area around Hawa Mahal as a precautionary measure to contain the spread of coronavirus, during the nationwide lockdown, in Jaipur. PTI photo

New Delhi: The number of COVID-19 cases climbed to 1,637 in the country on Wednesday while the death toll rose to 38, according to the Union Health Ministry.

The number of active COVID-19 cases stands at 1,466, while 132 people were either cured or discharged and one had migrated to another country, the ministry stated.

As per the health ministry's updated data at 9 AM, three fresh deaths were reported since the last update on Tuesday. However, it could not be known from which parts of the country these three fatalities were reported.

Kerala, Telangana, Tamil Nadu, Bihar and Himachal Pradesh have reported a death each.

The state-wise breakup of the cases was also not available immediately.