India   All India  01 Apr 2020  Of Tablighi Jamaat Nizamuddin controversy, its link to coronavirus in India
India, All India

Of Tablighi Jamaat Nizamuddin controversy, its link to coronavirus in India

The Jamaat claims that about 2,500 members were at Nizamuddin Markaz 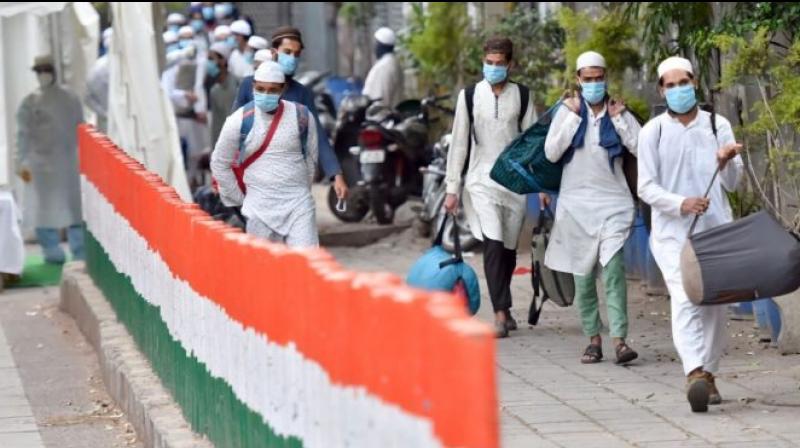 Many who attended Nizamuddin religious congregation have tested positive for Covid-19. (Photo- PTI)

New Delhi: With nearly quarter of 39 deaths from COVID-19 in India being linked to a congregation of Islamic preachers at Nizamuddin in New Delhi, the organisers of the Tablighi Jamaat have come under scanner of the authorities for the alleged violation of various guidelines.

What is Tablighi Jamaat?

Set up nearly 100 years ago by Deobandi Islamic scholar Maulana Muhammad Ilyas Khandhalawi as a religious reform movement, the Tablighi Jamaat translates into an outreach society or a society to spread faith.

Considered as an influential spiritual movement in the world, the Jamaat is now understood to have been plagued with factionalism emanating from centres in Pakistan and Bangladesh.

How does it function?

Estimated to have 150 to 250 million members primarily in South Asia, the Jamaat members only work among Muslims teaching them ways of life practiced by Prophet Mohammed.

At the congregation, various small groups of preachers are constituted with a senior among them as their leaders. These groups visit designated destinations through mosques to spread Islamic practices among Muslims.

The congregation of preachers took place in early March in Banglawali Masjid in Nizamuddin area where Markaz (headquarters) of the Jamaat is located. It is believed that over 800 foreign nationals from Indonesia, Malaysia, Thailand, Nepal, Myanmar, Bangladesh, Sri Lanka and Kyrgyzstan had attended the event.

According to the government, over 2,000 foreigners from 70 countries arrived in India since January 1 to participate in Jamaat activities with over 1,000 got stuck at Nizamuddin due to the lockdown. Many of them had six-month tourist visa.

Alarm bells started ringing with the death of an Indonesian citizen who had participated in the congregation and was travelling in Telangana. He was found COVID-19 positive on March 18. The Home Ministry alerted all state governments about preachers of Jamaat on March 21.

The Jamaat claims that about 2,500 members were at Nizamuddin Markaz. After sudden announcement of 'Janta Curfew' on March 22 followed by a similar action by the Delhi Government and ultimately a 21-day lockdown announced by the Prime Minister, a large number of the Jamaat members got stuck at the Markaz while about 1,500 had left.

So far 10 participants of the Tablighi Jamaat congregation including a Filipino national have succumbed to coronavirus while 285 people staying at the Markaz were admitted to hospitals for suspected coronavirus cases.