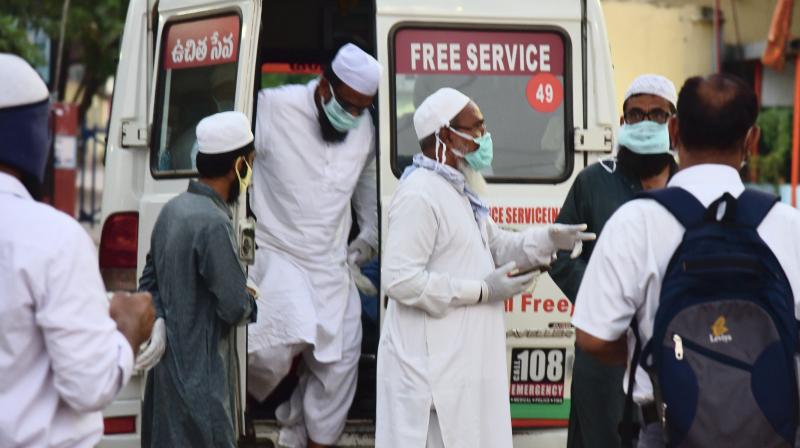 Hyderabad: No less than 257 people who attended a religious congregation at Markaz Nizamuddin in New Delhi a couple of weeks ago came to Gandhi Hospital in Hyderabad to undergo coronavirus tests on Tuesday. The testing went on late into the night.

This voluntary submission to coronavirus testing was the result of the shocking death of six such congregants due to Covid-19 infection all on one day, Monday, which blew open what is now being called the Nizamuddin cluster.

The test subjects came from different parts of Hyderabad, but about 30 of them were from one locality.

This fact has the authorities worried. Any concentration of positive cases could lead to what is called cluster transmission of the Covid-19 virus.

So far, most of these people do not have symptoms. They are all men, middle-aged.

The volunteers said they didn’t get themselves tested for Covid-19 despite having gone to the Markaz because they had no travel history to a foreign country.

Some of the test subjects Deccan Chronicle spoke to said the Markaz Nizamuddin organizers adhered to all the coronavirus precautions recommended by the government, save the fiat not to congregations itself. Since there were no overt symptoms in any of the people around, none of them felt a suspicion that there was a Covid cloud over the event.

On Tuesday, the day the news of the six deaths blew open, the congregants were a scared lot. Their queue was fairly long, with only six people allowed into the diagnostic room at any time. Gandhi Hospital deployed 15 teams to get the nasal swabs done.

While the six deaths did impart an urgency to the state government’s efforts to trace anyone who was the Markaz Nizamuddin, it had already been trying to trace the contacts of a cluster of Indonesians, who they stumbled upon in Karimnagar and who were indeed at the prayer meeting in Old Delhi.

A lot of questions are now being asked, however, especially after a note by the Union Home Ministry which says that it had informed Telangana government about this risk on March 21.

If that was the case, why did it take so long to track down the congregants of Markaz Nizamuddin, especially after the officials in Karimnagar provided some of the contact details. From March 21 to March 31, it’s not known what took the government so long to decide to follow the central orders and identify these people.

The Indonesians have recovered completely and are fine, which implies that had the rest been tracked on time, several lives could have been saved and many others would have been spared the infection.