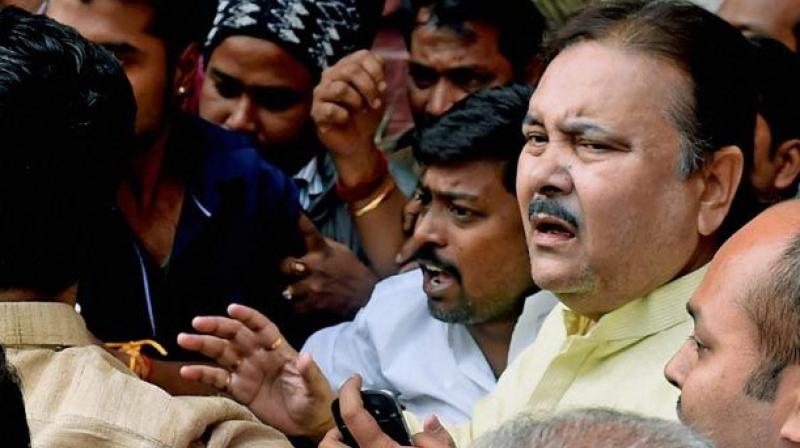 New Delhi: Fresh trouble seems to be brewing for senior Trinamul Congress leaders as the CBI is preparing to conduct lie-detection tests on certain ruling party leaders of West Bengal as part of its investigation into the Narada sting footage case. The leaders have been booked by the CBI for corruption in the case where they were allegedly caught on camera taking bribe.

Sources said, “The agency will soon start questioning of the Trinamul Congress leaders. If they don’t cooperate with the investigation agency, the CBI will certainly explore the possibility of conducting lie-detection (polygraph) test on them”. The CBI recently filed an FIR against 13 persons, including senior leaders of Trinamul Congress in the Narada sting footage case. Sources further clarified the agency will first need to seek accused consent as legal provisions entail that such a test can not be conducted without his/her permission. “If the accused does not give his/her consent for the lie detection test, then CBI sleuths go by the evidence that is collected by them during investigation”, sources said.

Those Trinamul Congress leaders who have been named by the CBI in its FIR are: Madan Mitra, Mukul Roy, Saugata Roy, Sultan Ahmed, Iqbal Ahmed, Kakoli Ghosh, Prasun Banerjee and Suvendu Adhikari.

“The list of FIR includes all persons (leaders) who were purportedly seen receiving money in the Narada sting operation footage. Trinamul Congress MP Aparupa Poddar’s name has also been included in the list of FIR,” the source said. The case was registered on the completion of preliminary enquiry (PE) by the CBI.

The PE was registered on directions of a division bench of the Calcutta high court, comprising acting Chief Justice Nishita Mhatre and Justice T. Chakraborti.

The Calcutta high court ordered the PE on March 17 and asked the CBI to submit the report within 72 hours.

The Trinamul Congress appealed to the Supreme Court on 21 March, challenging the high court’s order.

However, the apex court refused to interfere with the high court order but extended the deadline for the preliminary probe to one month.

The controversy erupted in election-bound West Bengal in March last year when Narada News portal uploaded a series of video footage purportedly showing a number of high-profile Trinamul leaders, including former and present ministers, MPs and state legislators, receiving money in exchange for favours to a fictitious company.