India   All India  01 May 2018  Gayoom daughter calls for Indian intervention
India, All India

Calling on the Male government, headed by her estranged uncle President Yameen to allow her father to move back home. 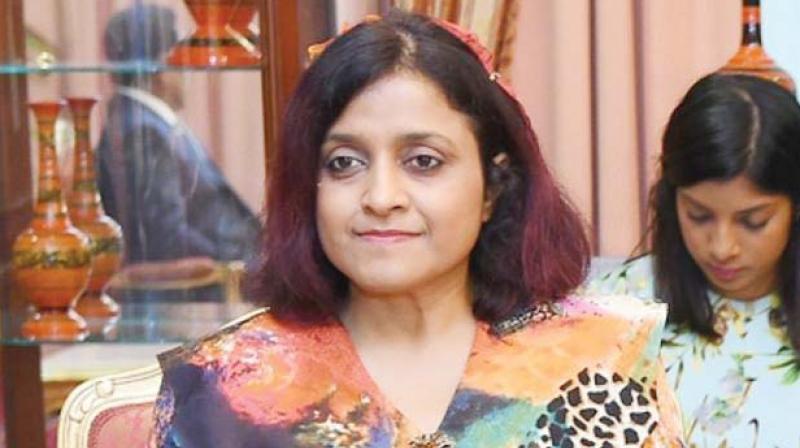 Bengaluru: Jailed former Maldivian President Maumoon Abdul Gayoom’s daughter and former foreign minister, Dunya Maumoon  on Monday issued a strong appeal to India to push for the release of her father, a day after the ailing leader was instructed by a criminal court to prepare his defence against terrorism charges over an alleged plot to overthrow the government,  thereby ending the family’s hopes that the 80-year-old would be placed under house arrest.

“I call upon India to assist and support the release of my father,” Ms Maumoon said in an exclusive interview to this newspaper, issuing a heartfelt appeal to Delhi to remember that it was Mr Gayoom who had built and sustained the relationship between the Maldives and India for thirty years.

Warning that the Maldives “experiment with democracy maybe failing” and that the future of her country remains “uncertain”, she told this newspaper: “Friends have to be there in times of need. It is important that India be with us and is seen to be with us, the Maldives and the Maldivian people in supporting the country and assisting in whichever way as possible, in a purely advisory role.”

Her appeal to India to step in and help end the crisis between President Abdulla Yameen and Mr Gayoom, his half-brother and political mentor   comes at a particularly sensitive time with the Maldivian leader seen as actively trying to woo China and limit India’s strategic footprint in the archipelago. In the first open criticism of the crisis by a member of the Gayoom family, Ms Maumoon said that “Democracy in the Maldives is a crisis point. It is a serious crisis, with far reaching consequences.. there is a cycle of vengeance.” In an oblique reference to the falling out between the two half-brothers that many say was a result of Mr Gayoom’s reluctance to endorse a second term for President Yameen, Ms Maumoon said “Both sides in the conflict have a moral obligation to set aside personal grudges and prioritise on national interest. We all have a duty to ensure that this democracy survives this crisis and we leave a better nation for the future generations.”

Calling on the Male government, headed by her estranged uncle President Yameen to allow her father to move back home, Ms Maumoon also said, “I sincerely hope that justice will be served.”