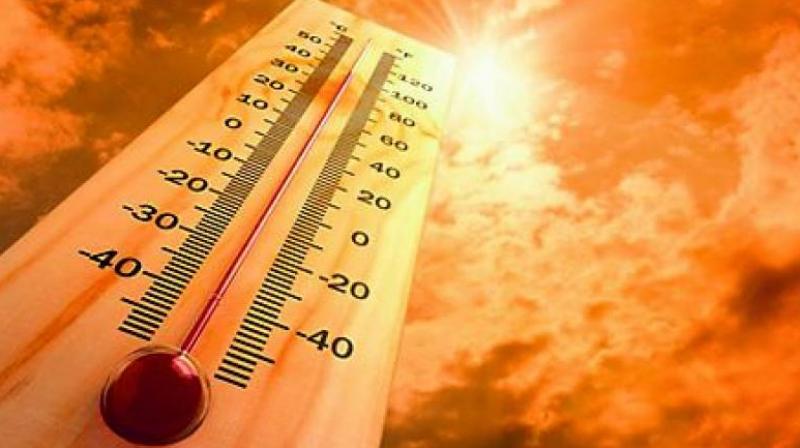 Hyderabad: The India Meteorological Department (IMD)has said that peninsular India will have normal temperatures in May but held out an alert for record high temperatures in the northwest and central India.

The IMD-Hyderabad on Saturday said that the heat for the next two days will be of moderate health concern for vulnerable persons like infants, elderly and people with chronic diseases. The IMD has advised people to not go outdoors between 12 noon and 3 pm, intake fluids like water and ORS and avoid dehydration. The IMD has also issued an advisory on the negative impact of the heat on agricultural crops mostly in the northern districts.

The IMD-Andhra Pradesh unit announced that maximum and minimum temperatures are likely to be normal to below normal during May. IMD-AP director S. Stella also predicted normal to above rainfall during May.

Releasing the monthly outlook for temperature and rainfall for May, IMD Director General Mrutyunjay Mohapatra said most parts of the country, barring parts of southern peninsular India, were likely to experience warmer nights in May. He did not rule out western Rajasthan reporting maximum temperature of more than 50ºC. On Saturday, Banda in Uttar Pradesh had recorded a high of 47.4º C, the highest in the country.

According to Mohapatra, the average temperature observed pan-India for April was 35.05ºC, which was the fourth highest since 1900, when the weather office started keeping data. The high temperatures in March and April were attributed to “continuously scanty rainfall activity.”

“Most parts of northwest India — J&K, Himachal, Punjab, Haryana, Rajasthan, Gujarat — are expected to experience above normal temperatures in May,” Mohapatra said.

He said the average rainfall in May 2022 over the country is most likely to be above normal. Parts of northwest and northeast India as well as the extreme southeast peninsula are expected to get below normal rainfall in May.

Mohapatra said. “I cannot make that forecast, but it is climatologically possible as May is the hottest month,” Mohapatra said to questions on whether temperatures would top 50ºC this summer.