This was the first deluxe train introduced to serve two important cities of the region and was aptly named after Pune. 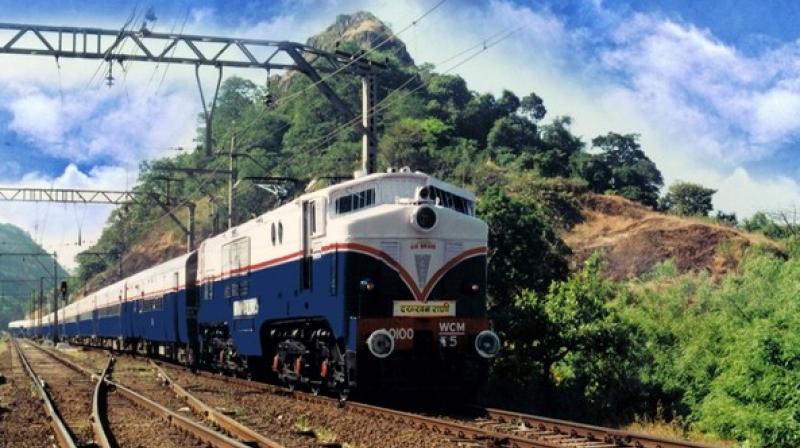 Pune: The introduction of 'Deccan Queen' between the two cities of Pune and Mumbai on June 1, 1930, was a major landmark in the history of the Great Indian Peninsula Railway, the forerunner of the Central Railway.

This was the first deluxe train introduced on the railway to serve two important cities of the region and was aptly named after Pune, which is also known as ''Queen of Deccan'' (Dakkhan ki Rani).

Initially, the train was introduced with two rakes of seven coaches each one of which was painted in silver with scarlet mouldings and the other with royal blue with gold lines. The underframes of the coaches of the original rakes were built in England while the coach bodies were built in the Matunga Workshop of the GIP Railway.

The coaches of the original rakes were replaced in 1966 by anti-telescopic steel bodied integral coaches built by Integral Coach Factory, Perambur. These coaches incorporated the improved design of bogies for better riding comfort and also improvements in the interior furnishings and fittings.

From its inception, apart from providing high standards of comfort to the passengers, the train has witnessed various improvement such as introduction, for the first time in India, of coaches with roller bearings, replacement of end on generation coaches with self-generating coaches with 110 volts system and introduction of first and second class chair cars providing increased accommodation to passengers.

The distinctive colour scheme of cream and oxford blue with red band above the window level has been recently adopted as the colour scheme for this train.
With the ever-growing aspirations of the travelling public for better amenities, improved standards of comfort and better quality of service, it was considered necessary to give a complete facelift to the Deccan Queen.

The rake was changed in 1995 with the following special features:
* All newly manufactured or about a year old, air brake coaches.
* The 5 first class chair car in the old rake have been replaced by 5 AC chair cars providing an additional seating capacity of 65 in a dust-free environment. Also, the 9-second class chair cars provide an additional seating capacity of 120 seats compared to the old coaches. Thus, new rake provides a total seating capacity of 1417 as against 1232 seats in the old rake i.e. an increase of 15 per cent.
* The dining car offers table service for 32 passengers and has modern pantry facilities such as microwave oven, deep freezer and toaster. The dining car is also tastefully furnished with cushioned chairs and carpet.

Sunil Udasi, Chief Public Relations Officer, Central Railway said that the history of Deccan Queen (Dakkhan ki Rani) is literally a tale of two cities. The public of both the cities is happy with the impeccable record of "right time start" and "arrival" of Deccan Queen. Over the last 89 years of its colourful history, the train has grown from a mere medium of transportation between two cities into an institution binding generation of intensely loyal passengers.