Punjabi Lane is inhabited by people from Punjab, who were brought around 200 yrs ago by British to work as cleaners and sweepers. 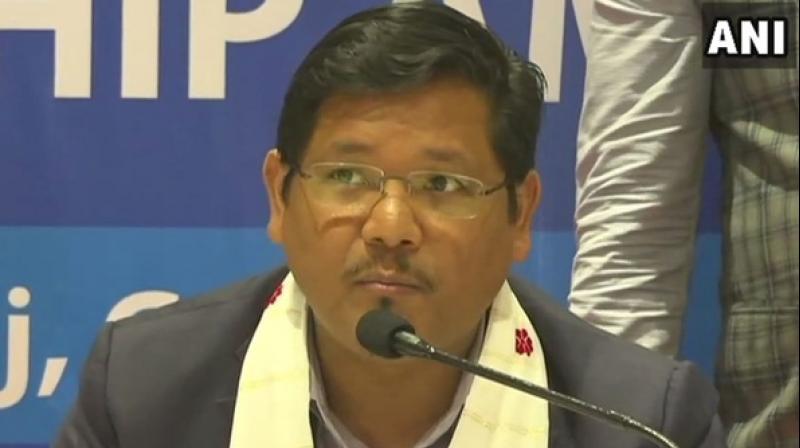 Following this, a delegation of the Punjab government visited the city and interacted with the settlers. The delegation members also met Chief Minister Conrad K Sangma. (Photo: File)

Shillong: The authorities have clamped prohibitory orders in Punjabi Lane area in Shillong and served notices to its residents directing them to furnish documents within a month to prove that they had settled in the area legally.

Punjabi Lane is inhabited by people from Punjab, who were brought to Shillong around 200 years ago by the British to work as cleaners and sweepers. An incident of assault in the area in May last year had resulted in group clashes following which it was put under curfew for over a month.

Following the direction of a High Level Committee of the state government, Shillong Municipal Board (SMB) officials served the notices to the people on Friday.

Prohibitory Orders under Section 144 CrPC were clamped in Punjabi Lane before the notices were served as there were intelligence inputs apprehending trouble in the area, a senior official of the East Khasi Hills district administration said.

The prohibitory orders will remain in place till further notice. "Most of the residents received the notice in person. Officials pasted the notices on the front doors of the houses which were under lock and key," an SMB official told PTI.

In the notice, the residents of the Punjabi Lane were asked to furnish documents regarding their possession of either land or house and the period of their stay.

The notice said the information will be helpful for preparing both long and short term policies by the government for resolving the issue at Punjabi Lane.

Of the hundreds of people at Punjabi Lane, only 184 employees of the SMB and government departments and their families have earlier been identified as legal settlers, official sources said adding that there was a demand from various quarters to relocate the Punjabis from the area.

"They have been requested to come forward and furnish the information to the SMB office between June 3 and July 3," SMB Chief Executive Officer S B Sohliya said.

The SMB will wait for a month and submit a report about the matter to the High Level Committee (HLC) constituted to find out a feasible solution for relocation of the people of Punjabi Lane, also known as Sweeper's Colony.

As per the inventory survey conducted by the SMB last year, there are over 300 households in Punjabi Lane, Sohliya said.

The settlers had refused to cooperate with the authorities during the survey conducted last year and "this is their second and the last opportunity," Deputy Chief Minister Prestone Tynsong, who is the head of the HLC, had said earlier this month.

The local Punjabi community in December last year had urged Governor Tathagata Roy to disband the HLC for allegedly issuing orders with intent to displace them.

On May 29, 2018, clashes erupted when a bus driver and his friend were attacked at the Punjabi Lane area and they received injuries. As rumours of the assaulted victims dying in hospital spread on social media, people attacked the settlers following which the entire area was put under curfew for over a month.

Following this, a delegation of the Punjab government visited the city and interacted with the settlers. The delegation members also met Chief Minister Conrad K Sangma.

However, the Meghalaya administration expressed unhappiness after the Punjab government sanctioned Rs 60 lakh as compensation to the community members who were affected by the violence.