The police had to resort to a mild lathi charge and a Rapid Action Force (RAF) has been called in at the spot. 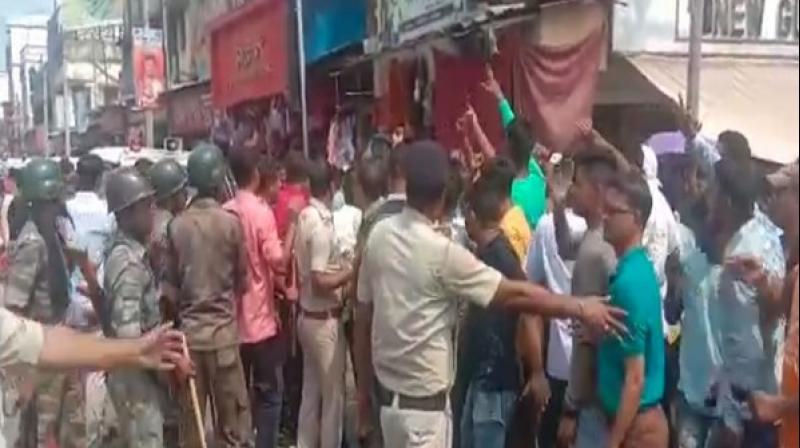 Further details in this regard are awaited. (Photo: ANI)

West Bengal: A scuffle broke out on Saturday between the police and a group of people who were allegedly raising 'Jai Shri Ram' slogans outside the residence of TMC leader and Minister for Fire department Sujit Bose in Kanchrapara here.

The police had to resort to a mild lathi charge and a Rapid Action Force (RAF) has been called in at the spot.

Further details in this regard are awaited.

On Wednesday, Chief Minister Banerjee lost her cool when a group of men chanted "Jai Shri Ram" as her convoy was passing through Bhatpara area of North 24 Parganas district.

"These are all outsiders and BJP people, they are criminals and were abusing me. They are not from Bengal," she said after he gets off her car.

"We will take action," she added.

In an election that was marred by violence, the BJP has made deep inroads into the Trinamool Congress territory in West Bengal by winning 18 seats in the Lok Sabha elections and cutting the TMC to size by limiting its win to only 22 seats against 34 it won in the previous Lok Sabha.