The delivery time is expected to be after two years, according to sources 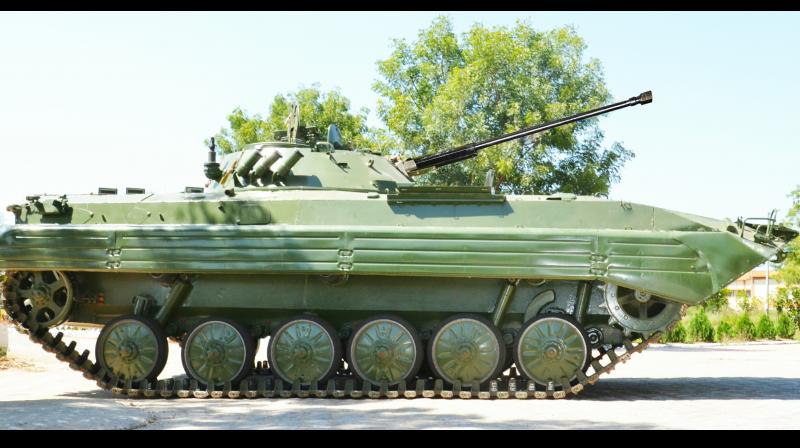 The Ordnance Factory (OF), at Medak in Telangana, which is under the state-run defence manufacturer, will build the upgraded version of BMP II

Kolkata: In what appears to be a  major boost to the Centre's "Make In India" initiative, the Ordnance Factory Board (OFB) has received an order of around Rs 1,100 crores to build 156 units of the Boyevaya Mashina Pekhoty (BMP) II, the infantry combat vehicle (ICV), with upgraded features for the Indian Army to meet its requirement.

The Ordnance Factory (OF), at Medak in Telangana, which is under the state-run defence manufacturer, will build the upgraded version of BMP II. The delivery time is expected to be after two years, according to sources. OFB spokesperson Uddipan Mukherjee said, "The ministry of defence has cleared the proposal for procurement of the 156 BMP II vehicles, to be manufactured by the OF, Medak, under the OFB."

Powered by 300 HP Engine, the present version of BMP II, a highly-mobile to meet all tactical requirements of mobility in a battlefield, can speed at 65 km ph with easy steering ability in cross country terrain, according to OFB. It is an amphibian vehicle that can travel at 7 km ph in water and can overcome slopes upto 35 degree and can cross obstacles of 0.7 meter. Due to its low weight it can also be easily transported.

Protected with armoured plates all around there by ensuring a high degree of protection to the combatants, the BMP II offers a chameleon like camouflage with the help of smoke grenades creating a smoke screen. Equipped with a rapid fire 7.62-mm medium coaxial machine gun, a 30-mm cannon and a second generation homing type anti tank guided missile, it can neutralise all kinds of land based and low flying military objects. Its is installed with sharp night vision devices and a low silhoutte.