A constitutional expert, Mr. Venugopal (86) has appeared in several high-profile and important cases in the Supreme Court . 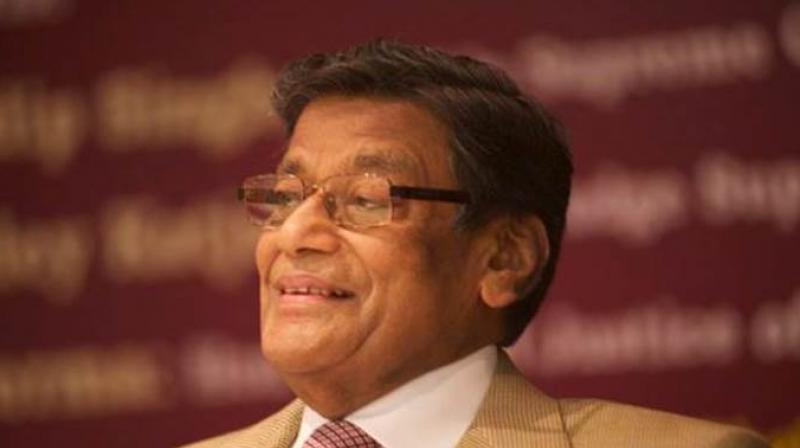 Earlier, there was speculation that senior counsel Harish Salve, who represented India in the Kushal Jhadav case in the international court of justice will be considered for the top law officer’s post.

As he was not keen to take up the post, other names, including that of Gujarat advocate general Kamal Trivedi, were considered. But as Mr. Trivedi did not want to move to Delhi, Mr. Venugopal’s name was finalised after he gave consent to take up the coveted post.

A constitutional expert, Mr. Venugopal (86) has appeared in several high-profile and important cases in the Supreme Court and brings with him the experience of 50 years at the bar.

Initially, he practised in the Madras high court and later shifted his practice to the apex court. He is of the view that the SC should not deal with petty cases but should confine itself only with constitutional issues.

He argued the Mandal case, the Ayodhya dispute, the presidential reference regarding appointment of judges, and also, the NJAC case.

He represented the Tamil Nadu government for a long time. He was the counsel for former Tamil Nadu chief minister Jayalalithaa in the wealth case and defended her in the petition challenging her appointment as chief minister. 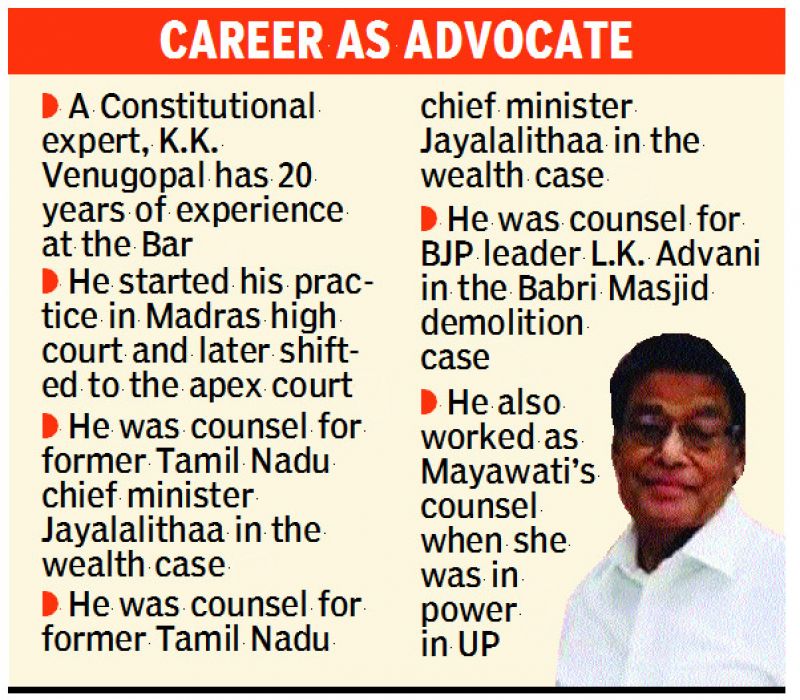 He argued in the presidential reference in Gujarat elections case in 2002 and appeared in a number of cases in education matters.

He was the counsel for BJP leader L.K. Advani in the Babri Masjid demolition case and argued against slapping of the conspiracy charge. He was also a counsel for the UP government during Mayawati’s regime as well as her counsel.

He was appointed by the apex court as counsel for CBI and Enforcement Directorate in the 2G case. Recently he appeared for the Madras High Court in the case involving former Caulcutta High Court Judge C.S. Karnan. He has been a President of the Supreme Court Bar Association and also the President of SAARC law association.

He was conferred Padma Bhushan for his contribution in the field of law.

He is a member of various international associations and academic councils.