Taking to Twitter, the Congress party in a series of tweets called GST one of Prime Minister Narendra Modi’s 'U-turns'. 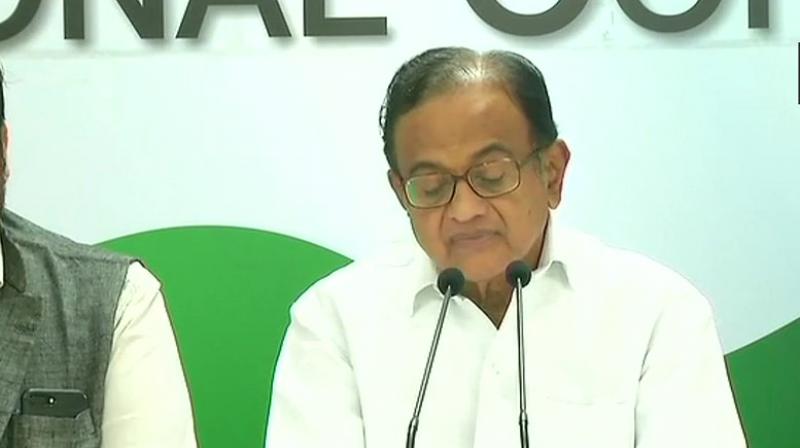 Mumbai: As the roll-out of the Goods and Services Tax completes one year on Sunday, July 1, the Congress criticised the Centre saying the GST has not delivered on the promised formalisation of the economy as yet.

Taking to Twitter, the Congress party in a series of tweets also called GST one of Prime Minister Narendra Modi’s “U-turns”.

A year into implementation, the GST has not delivered on the promised formalisation of the economy as yet, while glitches have instead increased the demand of cash.#FailedGST pic.twitter.com/1oihKPcAMr

The GST is one of PM Modi's U-Turns. The shoddily implemented and over complicated GST has failed the economy. Despite this, PM Modi continues to gloat about it. #FailedGST pic.twitter.com/xVzyqY9vqG

The party also said that the GST has been largely ineffective in implementation with stacked refunds and cumbersome GST compliance procedures.

The huge value of GST, simplicity and ease of compliance & administration has failed.
The GST has been largely ineffective in implementation with stacked refunds and cumbersome GST compliance procedures.#FailedGST pic.twitter.com/n8pkjIpusq

“Government did bad things in a big way - demonetisation, or big things in a bad way - GST. The design, structure, infrastructure backbone, rates and implementation of GST were so flawed that it has become a bad word among businesspersons, traders, exporters and common citizens,” Chidambaram said.

The former finance minister added, “Beginning with the GST Constitution Amendment Bill, every step taken by the BJP government with regard to GST was deeply flawed. The GST bills ignored the advice of the Chief Economic Adviser on many aspects of GST, notably on the rates.”

No wonder #GST’s more popular description is ‘Gabbar Singh Tax’ then ‘Genuine & Simple Tax’ that it was meant to be.
1/n

Surjewala added that multiple returns, multiple rules and multiple tax slabs have made the life of an ordinary trader nightmarish.

3/n
To determine #GST itself is frightening.
Steps-
1. Every Taxpayer has to search a ‘Code Book’ running into 438 pages with 18,036 categories.
2. Out of 7 Tax Slabs,applicable slab has to be found.
3. Add all State Cesses.
4. Add Supply chain incentives.
5. Calculate GST.

The Congress leader also said: "Out of 111 lakh registered businesses under GST, not more than 50 per cent have been able to file GST returns."

5/n
Out of 111 lakh registered businesses under #GST, not more then 50% have been able to file GST returns. Ambiguity, complication, deficiency of IT infrastructure remains a major challenge. GST collections remain at an average of 90K Cr against the target of 1.25K Cr per month.

The Goods and Services Tax, which was rolled out in the intervening night of June 30 and July 1, was aimed at simplifying the tax system by bringing together a slew of indirect taxes under it. Launched at a ceremony held in the Central Hall of Parliament, the tax reform completes a year today.