DMK has hit out at government stating that it has not taken any action on water crisis in the state. 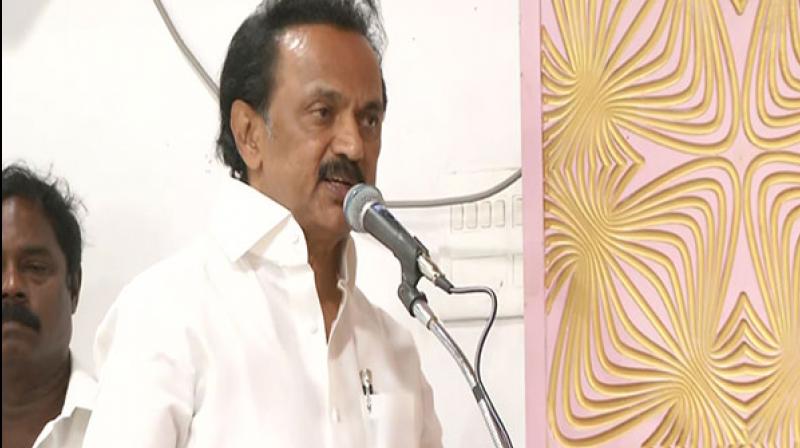 Water booked online is not being delivered for more than one month by metro water service in Chennai, he said. (Photo: File)

Chennai: Leader of Opposition in the Tamil Nadu Assemblyh M K Stalin on Monday moved a calling attention motion over the prevailing water crisis in the state.

He also pitched for an exclusive day-long "healthy discussion" over the alarming situation.

Speaking on the issue, Stalin said four major lakes in Chennai city have dried and the government did not take any action.

"Four main lakes that supply water to Chennai have dried. This government has not taken any steps. Women are roaming with empty pots for water in the state," he said.

"I urge all members to have a special discussion for a day on the water crisis."
The DMK leader said, "In the last Assembly session, on February 13, I raised the water crisis issue and alerted this government. Niti Aayog has also raised an alarm on the water shortage situation."

Water booked online is not being delivered for more than one month by metro water service in Chennai, he said.

He criticised Chief Minister Edapaddi Palanisami-led government over "failure" to start desalination plants including that at Ramanathapuram and Thuthukudi.

"Desalination plant scheme is still pending. It is a failure of this government. There is no water management stuff to save water," Stalin said.

A no-confidence motion against the Assembly speaker P Dhanapal was not taken as Stalin decided to take it back.

On Friday, he had said that his party will not press for a no-confidence motion against Speaker P Dhanapal owing to the changed circumstances.