Repos launches mobile pumps
India   All India  01 Jul 2019  The proof of the pudding
India, All India

The proof of the pudding

The NEP envisages a vast increase in the state investment in education; whereas the state is withdrawing from its duty to educate citizens. 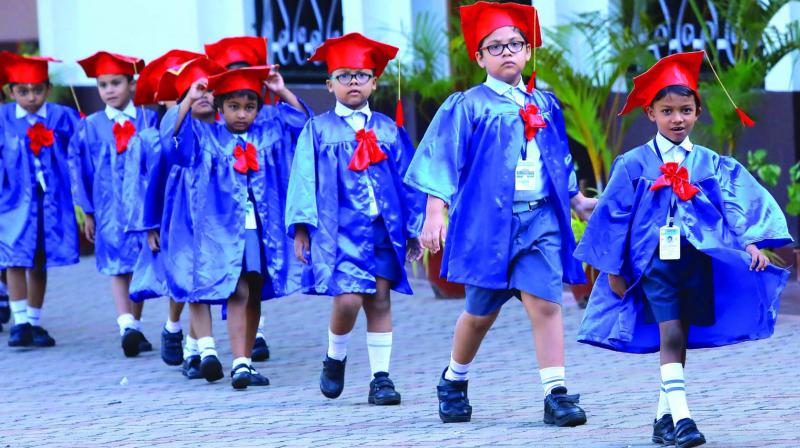 Access to quality education has been bandied back and forth at least for a decade and a half now. Going by government statistics, one may get the impression that great strides have been made in this direction. But the ground reality is quite the contrary.

The concerns, goals and prescriptions the new education policy advances are exemplary, but there are lingering doubts about its implementation, given the grim history of the previous endeavours. And there are lacunae that have not been addressed in it at all.

The New Education Policy (NEP) is conceptually bold, progressive and promising. There is little that anyone would want to fault in it, in respect of its concerns, goals and prescriptions. But there is a need to temper euphoria with realism, if only to ensure that this policy fares better in implementation than its predecessors. The NEP makes a respectful reference to National Curriculum Framework, 2005. I was on the steering committee that formulated it. But NCF 2005, for all its conceptual and visionary merits, remained, like several of its predecessors, a mere document.  Hence the following thoughts.

1. The over-all vision on which the NEP is predicated is the market. The shaping concern is that India needs to be soon a $5-trillion and, later, a $10-trillion economy. The re-vamping of education proposed is envisaged on this goal. I doubt if that is the way to think and plan education, if education is to be for 'human' development. Subjugating the human to the demands of material development is to confuse between means and ends. Development is for man, and not man for development.

2. The present draft policy does not adequately address the question why our track-record in implementing excellent suggestions -especially those advanced by the Kothari Commission- has been so dismally poor. We are smart in evolving excellent educational policies. Even three decades after the Kothari Commission report came into effect, the present NEP is advocating the implementation of several of its key recommendations, including what pertains to budget allocations. What we have seen invariably over the last seven decades is that the practice of education on the ground goes counter to stated policies; a problem especially acute, and worrisome, with regard to the key goals of education such as national integration, social transformation, character-building and so on.

3. One of the reasons why blueprints for education reform stay stuck is that envisioning and strategising reform is not integrated with ground realities. Let us take a specific proposal. Integrating three years of 'pre-school' formation (3-5 years) into the ambit of compulsory universal education right across the country is not only a progressive but also a revolutionary recommendation. On the face of it, it could strike a major blow at rural-urban, rich-poor disparities, which is laudable. But, in making this recommendation, the report is silent on the many-sided systemic discriminations and inequalities loaded against poor children in the rural and urban context. If you are a woman in government service, you are entitled to two years of child care leave with full pay. You can invest all of that into the education of your child. How about a young mother who is either unemployed or trapped in the unorganised sector? You get nothing. Your child is already at a huge disadvantage. The state invests approximately
Rs 12 lakhs, via child care leave, in the formation of a privileged child; and none at all in a poor child, who is burdened with a host of other disadvantages. This is only one typical issue, mentioned here as illustrative of the blindness of the report to ground realities.

The three most formidable hindrances to the implementation of NEP are (a) finance and (b) ideology and (c) the lack of will to increase access to quality education to the people of India as a whole.

3 (a) Finance. The least that the NEP should have done is to profile the implementation of this policy in a single district and to assess the additional financial inputs - say, for the next five years - required to bridge the chasm between the present state of education at all levels and the levels proposed. From that we can have a rough idea about the total budgetary commitment required for the country. The NEP envisages a vast increase in the state investment in education; whereas the state is withdrawing from its duty to educate citizens. The allied issue of health is, similar to education, the least of the government's priorities. Added to this is the anxiety, very real in political circles, that broadening access to higher education is hazardous in its implication, when job-creation is in a limbo.

3 (b) Ideology.  Education is a political project. The agenda and angularities of the government in power will drive education in a substantial way. The ideology of the BJP-led NDA is inimical to the spread of the liberal education the NEP envisages. Even as the NEP is being discussed, the chief minister of Uttar Pradesh passes a legislation that proscribes 'anti-national' activities in universities, without defining the scope of 'anti-national'. It is up to the state, therefore, to decide what is, or is not, anti-national. It is very likely that, given this ideological domination both of the public domain and power-centres of governance, several of the measures envisaged in the NEP could be hijacked and used for contrary purposes.

3 (c) Access to quality education. This goal has been bandied back and forth at least for a decade and a half now. Going by government statistics, one may get the impression that great strides have been made in this direction. But the ground reality is quite the contrary. The vast sums of money collected via education cess over the years remain un-invested. The NEP 2019 envisages the setting up of quality schools in poorly serviced areas -- rural, tribal and minority-dominated. But it doesn't ask why this has not been done, despite the availability of huge funds. On what basis does the NEP assume that thousands of new institutions will be set up in the near future?

Education in our country is valued, inter alia, as a means for keeping social divides intact, if not aggravating. Higher education is a de facto, disingenuous conspiracy against the poor. That quality education is within the reach largely of the socio-economic elite and the middle class is not an accident. Even the inflation of the burden on the learning child has an element of class bias to it. The NEP underlines the need to prioritise the educational development of Muslims and the backward classes. But how will it happen tomorrow, just because one more document has been added to the MHRD shelf?

Perhaps the worst we can say about NEP 2019 is that it strategises education as an enterprise isolated from larger social realities. In doing so, it repeats and perpetuates the mistake similar documents have committed in the past. Socrates was asked why it is that there are experts to train horses, but none to value-educate the youth. It is because, he said, value education is the responsibility of society at large. I would argue that education itself is a process much larger in scope as compared to what we imagine it to be today. The formation of a human being has to take place in the totality of the given milieu. The drift and direction adumbrated in the NEP are contrary to what drives society and the nation today. That is also why this document is precious and important. The question still remains, "How are we to ensure that its promise is translated into performance?"