India   All India  01 Jul 2020  France ready to provide 'steadfast and friendly support' to India amid standoff with China
India, All India

India and France have stepped up defence engagements in recent years. 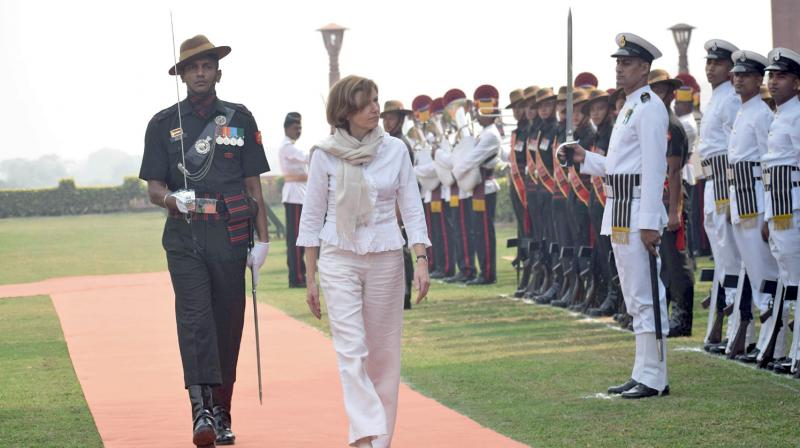 A file image of French defence minister Florence Parly inspects a guard of honour on her arrival at the South Block in New Delhi. (Age photo: Sondeep Shankar)

New Delhi: France has extended “steadfast and friendly support” to India amid stand-off with China.

French defence minister Florence Parly on Monday wrote to Indian defence minister Rajnath Singh condoling the death of twenty Indian soldiers in Galwan Valley on June 15 during a clash with the Chinese soldiers.

Expressing deep sorrow, she said that this was a hard blow against the soldiers, their families, and the nation.

“In these difficult circumstances, I wish to express my steadfast and friendly support, along with that of the French armed forces. I request you to kindly convey my heartfelt condolences to the entire Indian armed forces as well as to the grieving families," Parly wrote in the letter.

Recalling that India is France's strategic partner in the region, she reiterated her country's deep solidarity. She also expressed her readiness to meet Singh in India, at his invitation, to follow up on their ongoing discussions.

India and France have stepped up defence engagements in recent years.

India has already asked France to speed-up the deliveries of the Rafale fighters. According to the original plan, 4 Rafale jets were to arrive in India by July end. But now France is working to see if 6 Rafale aircraft could be sent by July end after request by Indian government.