Terming the Bihar shelter home rape case as 'heart-rending', Satya Pal Malik stressed on the need for social audit of these homes. 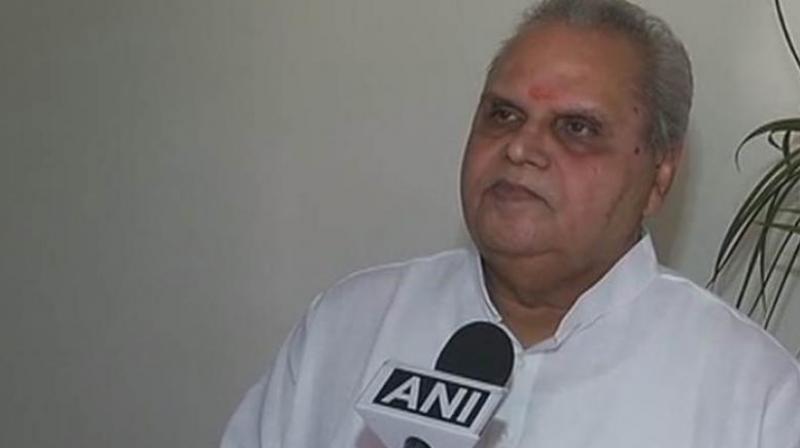 Patna: Bihar Governor Satya Pal Malik shot off letters to Chief Minister Nitish Kumar on Wednesday, terming the alleged sexual abuse of minor girls at a shelter home in Muzaffarpur as "heart-rending" and suggested measures for preventing recurrence of such incidents in the future.

According to highly-placed sources, the governor has called for trial of cases relating to harassment of girls, boys and women living in such state-funded homes by fast track courts.

Malik has also written to Union Law Minister Ravi Shankar Prasad and Chief Justice of the Patna High Court Rajendra Menon in this regard.

The governor has, however, praised the state government for its quick action in the Muzaffarpur incident and its decision to hand over the case to the Central Bureau of Investigation (CBI), the sources said.

The case relates to mental, physical and sexual exploitation of the girls residing at Balika Grih, Muzaffarpur.

In his second letter to the chief minister, Malik has called for an immediate and intensive probe into reports of mismanagement of other such short stay homes that have appeared in the media off late and a mechanism for their continued monitoring, they said.

Malik has also stressed the need for developing an institutional mechanism which ensures that social audit, by competent institutions, of these shelter homes takes place on a permanent basis, the sources said.

He has also called for implementation of recommendations of the Tata Institute of Social Sciences (TISS), Mumbai in this regard, they said.

The governor has asked the chief minister, whom he called an "efficient administrator" and a popular leader known for taking initiative in such matters, to invite suggestions from the intelligentsia, the sources added.

The matter had come to light earlier this year when the Bihar Social Welfare Department filed an FIR based on a social audit of the shelter home conducted by TISS.

The audit report stated that many girls at the shelter home had complained of sexual abuse. A special investigation team was formed to probe the complaints.

The NGO running the shelter home in Muzaffarpur was blacklisted and the girls were shifted to shelter homes in Patna and Madhubani.