He requested them to give suggestions to implement the scheme in a better way. 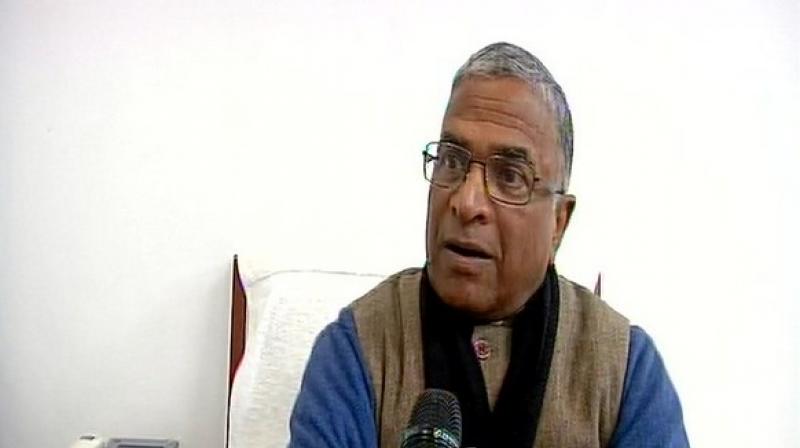 While adding that some of the district authorities were not aware of the basic guidelines of the MPLAD scheme, RS Dy CM said: 'During the visit, the Committee was informed about the lack of adequate communication and coordination between the authorities at different levels.'

New Delhi: Rajya Sabha Deputy Chairman Harivansh on Thursday has written to all Rajya Sabha MPs regarding the utilisation of Members of Parliament Local Area Development Scheme (MPLADS) funds and requested them to give suggestions to implement the scheme in a better way.

Stating a shortfall in monitoring the scheme by various officials, Harivansh said, "During the first meeting of the MPLADS Committee, after I took charges as its Chairman, all the problems plaguing the scheme were mainly due to the absence of transparency, lack of accountability and strict monitoring in the implementation of the scheme."

"In the first meeting of the Committee, the Members were asked to undertake on-the-spot visits to see the progress of the MPLAD works and to interact with the concerned authorities. As no such visit had been undertaken since 2012, the Committee undertook its first visit to the North-Eastern States and West Bengal in November 2018," he added.

While adding that some of the district authorities were not aware of the basic guidelines of the MPLAD scheme, he said: "During the visit, the Committee was informed about the lack of adequate communication and coordination between the authorities at different levels."

"The problems noticed by the Committee on the implementation of the scheme were as follows: (i) delay in sanction and execution of the MPLAD works; (ii) delay in release of subsequent instalments due to non-furnishing of the Monthly Progress Reports, Utilisation Certificates and Audit Certificates; (iii) irregular inspection of the MPLAD works by the district authorities; (iv) infrequent review meetings on MPLAD scheme and not inviting the MP to such meetings, if held; and (v) non-uploading of data on Ministry's new web portal by the district authorities, etc," read the letter.

The letter further added, "Despite our several attempts by making amendments in the guidelines of the scheme, things have not improved. Be that as it may, the need for re-visiting this scheme can hardly be overemphasized."

Stating that the possibility of critical reports can't be ruled out in the future if the MPs don't address the issue, the Deputy Chairman of the Upper House said: "The objective of sending this letter is to draw your attention to the issues and problems raised by various legal and constitutional bodies and others. They all have given important and specific suggestions for improving this scheme."

While seeking suggestions from the members of Rajya Sabha, he also added that such shortfalls are eroding the credibility of politics and politicians in public perception.