‘No swap’ with Iran on seized ship: UK

Sources indicated that British naval ships were monitoring the area. 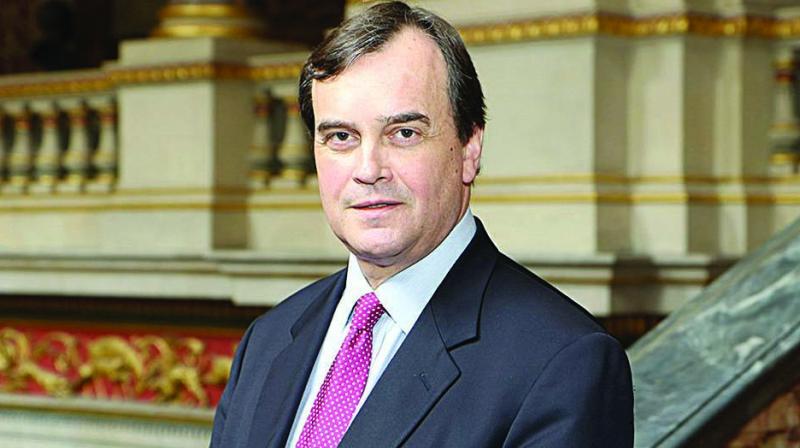 New Delhi: There will be “no swap” with Iran on release of captured merchant vessels, British high commissioner Sir Dominic Asquith said in New Delhi on Wednesday, adding that the Iranian vessel captured by Gibraltar authorities was carrying two million barrels of oil bound for Syria against whom the European Union (EU) has imposed sanctions. He also said it was not upto the British government but rather the Gibraltar authorities to decide on release of the Indian crew on the captured Iranian vessel. The British high commissioner said he was intrigued by the claim of the vessel’s Indian captain (civilian sailor) that he was not aware that there were EU sanctions against Syria.

On the British-flagged vessel Stena Impero seized by Iranian authorities recently, the British high commissioner said that the vessel had been plying on Oman’s waters and international waters and had been “taken out of these waters” and then taken into Iranian waters. “There will be no swap,” Sir Dominic said, when asked whether the UK would consider a swap of captured vessels with Iran. He said that in the first case, the Grace-1 (Iranian vessel) had violated EU regulations  while in the second case (Stena Impero), it was a violation of “free passage” of vessels by Iran.

In response to another question, the British high commissioner said Britain was talking to other European countries on a European force (to guard movement of European merchant vessels) but that no final decision had been taken. Sources indicated that British naval ships were monitoring the area.

On whether Indians would be released from the Iranian vessel Grace-1, Sir Dominic said, “It is not for us (Britain) to release (them). The Gibraltar authorities have their own process (as per law). ... ... There is no problem with the Iranians selling oil.”