Only 0.22 per cent of the active cases were on ventilators across the country: Government 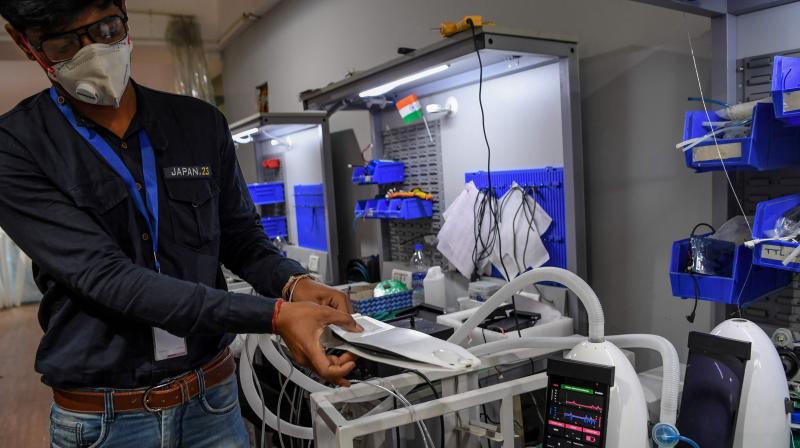 New Delhi: The high-level Group of Ministers (GOM) on COVID-19 has agreed to the health ministry's proposal to allow the export of indigenously made ventilators.

The decision was taken as India continues to maintain a progressively declining low rate of fatality among COVID-19 patients, which currently stands at 2.15 per cent, "which means fewer numbers of active cases are on ventilators", the Union health ministry said in a statement.

As on July 31, only 0.22 per cent of the active cases were on ventilators across the country, it stated.

The health ministry said the GoM's decision has been communicated to the Director General of Foreign Trade (DGFT) for further action needed to facilitate the export of indigenously manufactured ventilators.

"Now with the export of ventilators having been allowed, it is hoped that domestic ventilators would be in a position to find new markets in foreign countries," it said, adding that there has been substantial growth in the domestic manufacturing capacity of ventilators.

Compared to January, there are more than 20 domestic manufacturers of ventilators.

A prohibition/restriction on the export of ventilators was imposed in March to ensure domestic availability of the machines to effectively fight COVID-19. All types of ventilators were prohibited for export vide DGFT notification with effect from March 24.