Freedom for Sajad Lone but detention extended for Mehbooba Mufti 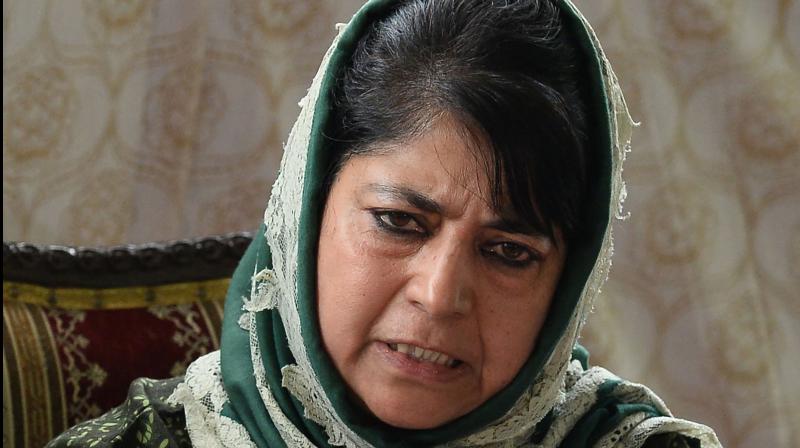 Lone was among the political leaders and activists taken into preventive custody ahead of the abrogation of Article 370 and bifurcation of Jammu & Kashmir into two Union Territories on August 5 last year.

After his release was announced, Lone tweeted, "Finally five days short of a year I have been officially informed that I am a free man. So much has changed. So have I. Jail was not a new experience. Earlier ones were harsh with usual doses of physical torture. But this was psychologically draining. Much to share hopefully soon.”

After spending more than six months in ‘subsidiary jails’ here, Lone , a separatist-turned-mainstream politician who after meeting Narendra Modi in November 2014 called him his “older brother”, was moved to his residence here in February this year but placed under house arrest.

Mufti remains in detention despite the release of most key political figures including two other former chief ministers Farooq Abdullah and Omar Abdullah, who were freed earlier this year.

Under the PSA, introduced in J&K in 1978 initially to deal with timber smuggling but later used by successive governments against political opponents, a person can be detained for six months to two years without a formal trial.

The PDP described the extension of Mufti's PSA detention as “highly undemocratic, unconstitutional and inhuman" and reiterated that “such vindictive measures will not deter the PDP from pursuing its core agenda and speak truth to power”.

The party's spokesperson Syed Suhail Bukhari said measures such as prolonged detention are aimed at  intimidating Mufti and her colleagues but they would increase the level of alienation and frustration among the people “who have been plundered of their identity since August 5 last year”.

He alleged, “It is bizarre that for the past six months, while the petition against the illegal detention of Ms. Mufti is pending in the Supreme Court, the government here is hell-bent to hound the PDP president through such illegal, unethical and undemocratic measures”.

“No quantum of pressure and intimidation can push us into submission and to give up on our resolve to fight for the honour and dignity of the people of J&K. It is ironic that by taking such undemocratic, unconstitutional and unnatural measures, the BJP still believes in the efficacy of these methods and is trying to repeat the old mistakes which will be meaningless and will prove counterproductive,” the PDP said.