India   All India  01 Aug 2021  India as UNSC head to focus on peacekeeping and terror
India, All India 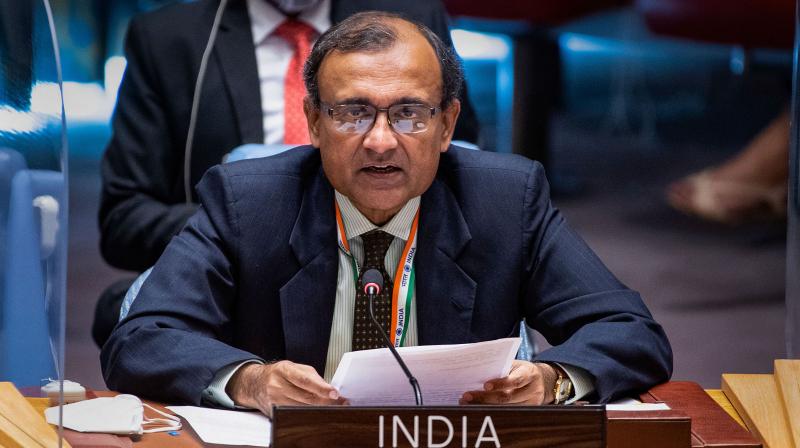 New Delhi: India on Sunday took over the presidency of the United Nations Security Council for the month of August, and will look at important focus areas like maritime security, peacekeeping, and combating terrorism, the Covid-19 pandemic as well as climate change.

“India takes over the presidency of the @UN#SecurityCouncil for the month of August. A worldview anchored in #VasudhaivaKutumbakam (the world is one family),” MEA spokesman Arindam Bagchi tweeted Sunday. Just last week, he had said: “We are gearing up for this important phase in our membership of the United Nations Security Council, which as you know, covers 2021 and 2022. For the moment, for our presidency in August, we are looking at areas like maritime security, peacekeeping and counter-terrorism as important focus areas.”

External affairs minister S. Jaishankar tweeted: “As we take over the UNSC presidency for August, look forward to working productively with other members. India will always be a voice of moderation, an advocate of dialogue and a proponent of international law.”

India had joined the UNSC from January 1 this year as an elected non-permanent member for a two year-term 2021-22, in what is its eighth term so far. India’s top priorities at the UNSC include “a new orientation for a reformed multilateral system”. Enhancing counter-terrorism measures has also been one of India’s main priorities in order to enhance global action against terrorism”. India is also seeking “streamlining” of the process of sanctions against terrorists and terror entities, something which is extremely significant as India faces cross-border terrorism from Pakistan.

New Delhi is focusing on principles such as respect and policies such as dialogue and cooperation to achieve its aims at the UN. India’s five priorities at the UNSC are “New opportunities for progress, an effective response to international terrorism, reforming the multilateral system, a comprehensive approach to international peace and security, and promoting technology with a human touch as a driver of solutions”. Its overall objective during this tenure in the UN Security Council is the achievement of NORMS -- a New Orientation for a Reformed Multilateral System”.

India’s approach is being guided by the “Five S’s”, as listed by Prime Minister Narendra Modi, which are: “Samman (Respect), Samvad (Dialogue), Sahyog (Cooperation), and Shanti (Peace), to create conditions for universal Samriddhi (Prosperity)”.

It may be recalled India is pushing for a permanent UNSC seat. The council has five permanent members and 10 non-permanent ones. The five UNSC permanent members -- called the “P-5” -- are the United States, Russia, Britain, France and China. India hopes its performance at the UNSC during its ongoing two-year term will reinforce New Delhi’s claim for permanent membership of the UNSC.

India had in June last year been elected by UN member-countries overwhelmingly for a non-permanent seat to the 15-member UNSC for the two year-term 2021-22. A whopping 184 out of the total 192 UN member-nations had voted for India. India was the single endorsed candidate of the Asia-Pacific Group and so had been confident of its victory even before the election. The elections were conducted through secret ballot as per procedure although there were certain “new voting arrangements” put in place then due to the coronavirus pandemic.