India   All India  01 Sep 2017  Green board issues warrants against Haryana, Rajasthan over cleaning of Ganga
India, All India

Green board issues warrants against Haryana, Rajasthan over cleaning of Ganga

The green panel also directed the resident commissioners of MP and Bihar to be present before it on September 4, the next date of hearing. 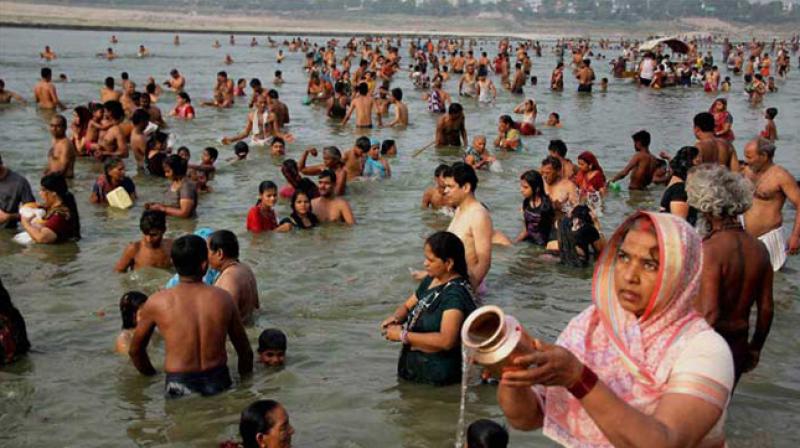 The Ganga covers a total distance of 2,525 km and flows through Uttarakhand, Uttar Pradesh, Bihar, Jharkhand and West Bengal, and finally drains into the Bay of Bengal. (Photo: PTI)

New Delhi: The National Green Tribunal has issued bailable warrants against Haryana and Rajasthan governments for not submitting their action plan on cleaning and rejuvenation of the river Ganga.

A bench headed by NGT Chairperson Justice Swatanter Kumar took strong objection to the absence of the counsel for both the states and their failure to submit the report despite its July 13 order.

The green panel also directed the resident commissioners of Madhya Pradesh and Bihar to be present before it on September 4, the next date of hearing.

After passing a slew of measures to rejuvenate the Ganga between Haridwar and Unnao, the NGT has now shifted focus to clean the next stretch of the river passing through Allahabad and Varanasi.

It had noted that the Supreme Court has also transferred the cleaning of the rivers Ganga and Yamuna, which is one of the major tributaries of the river, to the tribunal.

The Ganga covers a total distance of 2,525 km and flows through Uttarakhand, Uttar Pradesh, Bihar, Jharkhand and West Bengal, and finally drains into the Bay of Bengal. The important tributaries of the Ganga are the Yamuna, Kali, Ramganga, Ghaghra, Gandak, Kosi and Sone.

Major cities like Kanpur, Allahabad, Varanasi, Patna and Kolkata, which are located on the banks of the river, draw water from it to meet their requirement and almost the entire waste water generated by these centres is deposited into it.

In a detailed verdict, the NGT had passed a slew of directions to rejuvenate the Ganga, declaring as 'No-Development Zone' an area of 100 metres from the edge of the river between Haridwar and Unnao and prohibiting dumping of waste within 500 metres from the river.