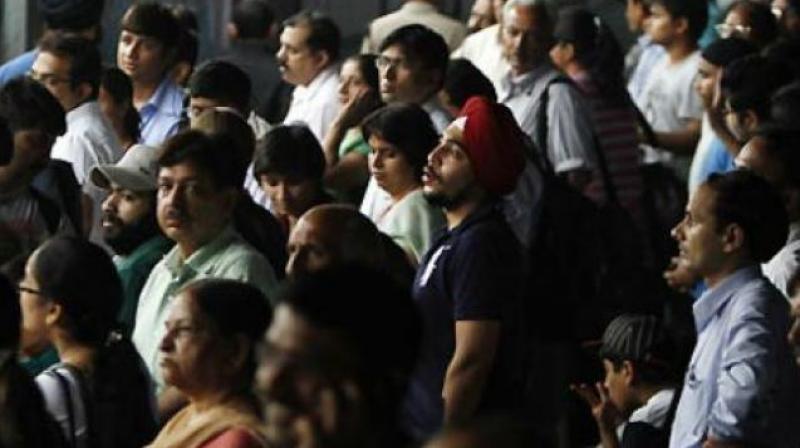 The speeding up of the process is likely to ensure that data on OBCs would be available before the 2024 Lok Sabha polls, sources said. (Representational Image)

New Delhi: In a move likely to have important political ramifications in the run up to the crucial 2019 Lok Sabha elections, the Centre has announced that for the first time it will collect data on other backwards castes (OBCs) through Census.

Census 2021 would be the first instance of a gigantic exercise to collect information on OBCs with the objective of better delivery of benefits of Centre and state sponsored sche-mes, a home ministry officials said on Friday after home minister Rajnath Singh reviewed the preparation for Census 2021.

The government’s announcement, barely nine months before Lok Sabha elections are scheduled for May next year, could be aimed at scoring a campaign point for the parliamentary polls. Ear-lier this month, Parliam-ent passed the 123rd Con-stitutional Amendment Bill, which gives constitutional backing to the National Commission for Backward Classes. The new commission has more powers to address safeguards provided for backward classes which form a significant chunk of voters.

A home ministry official said that Census 2021 will be finalised in three years and not seven to eight years that are normally taken to release the completed data.

The speeding up of the process is likely to ensure that data on OBCs would be available before the 2024 Lok Sabha polls, sources said.

Nearly 25 lakh enumerators would be trained and engaged in the Census. The enumerators may also use maps and geo-referencing during the process of house listing.

OBC is a collective term used by the government to classify people from varied communities which are economically or socially disadvantaged while SC/STs are largely socially stigmatised people earlier commonly untouchable.

The exact number of OBCs, who are entitled to 27 per cent reservation in government jobs and educational institutions, has always remained a matter debate.

The OBCs were found to comprise 52 per cent of the country’s population by the Mandal Commission report in 1980, a figure which had shrunk to 41 per cent by 2006 when the National Sample Survey Office undertook an enumeration exercise.

The Manmohan Singh government in 2011 had cleared a caste-based census but seven years later the Centre has not revealed the outcome.

A home ministry official said that Census 2021 would also focus on the civil registration system, particularly registration of births and deaths in remote areas.

The sample registration system for estimating data such as infant mortality rate, maternal mortality ratio and fertility rates would also be strengthened during the new census, he said.

During the meeting on Friday, the home minister also stressed on the need to use better technology in completing the census, he said.

“There would be more emphasis on further enhancing design and technological interventions to ensure that data collection is finalised within three years,” a senior official said.