India   All India  01 Sep 2019  ‘No one came to India after 1971,’ says Bangladesh Finance Minister Asaduzzaman Khan
India, All India

‘No one came to India after 1971,’ says Bangladesh Finance Minister Asaduzzaman Khan

This came as a response to Assam FM Himanta Biswa Sarma said that Bangladesh would be approached to take back its people. 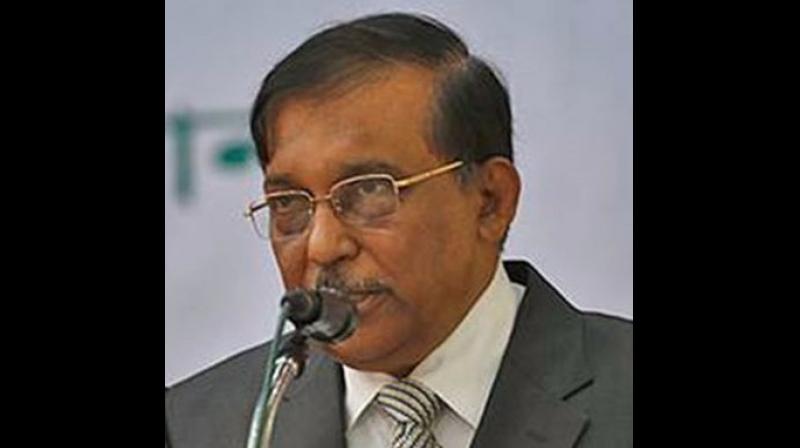 ‘Bangladesh has nothing to do with NRC. I repeat, it is India’s internal matter. I don’t know who said what in this matter. Let India inform us officially, then we will respond. All I can say is that no one from Bangladesh went to India after 1971,’ Khan said. (Photo: Twitter | @asaduzzaman_mp)

Kolkata: Hours after Assam Finance Minister Himanta Biswa Sarma said that ‘friend’ Bangladesh would be approached to take back its people following the declaration of updated final list of the National Register of Citizen, Bangladesh Home Minister Asaduzzaman Khan has claimed that as far he is aware of, no one from his country had moved to Indian after 1971, reported News18.

Speaking exclusively to News18 from Dhaka, Khan said, “Yes, I am aware of the NRC list being declared in Assam. It is purely an internal matter of India and we have nothing to do with it.”

On Saturday, Sarma, the convenor of the NDA's North East wing North-East Democratic Alliance (NEDA), said, “Bangladesh is a friend to India and they are cooperating with us. They are frequently taking back their people when we have presented cases of illegal immigration. The number has not been high, but now we will have a process to identify them.”

Responding to Sarma’s statement, Khan told News18, “Bangladesh has nothing to do with NRC. I repeat, it is India’s internal matter. I don’t know who said what in this matter. Let India inform us officially, then we will respond. All I can say is that no one from Bangladesh went to India after 1971. It may be possible that they settled (mainly Bengalis) in Assam from various parts of India itself, but not Bangladesh.”

“Ever since Bangladesh was created, India has been with us. Our relationship with India is excellent. India is our friend, but as far as NRC is concerned, I can say that no one from Bangaldesh went to India after 1971. I don’t think that the Indian government will push anyone towards Bangladesh,” he added.

On Saturday, the final list of NRC was released. Over 19 lakh applicants have failed to make it to the updated NRC, which validates bonafide Indian citizens of Assam. A total of 3,30,27,661 people had applied for inclusion in the citizenship list. Of them, 3,11,21,004 found their names, while 19,06,657 applicants were excluded, a statement from the NRC State Coordinator's office read. Those who have been excluded from the NRC have 120 days to appeal against it at the Foreigners Tribunals in Assam.

Later in the day, Sarma in an exclusive interview to News18, said the updating process was after all not a futile exercise. “This has been a mixed bag for us. People who came in post-1971 as refugees will face problems. We sympathise with them, but there are many who have manipulated the NRC process and we will look into it,” he said.