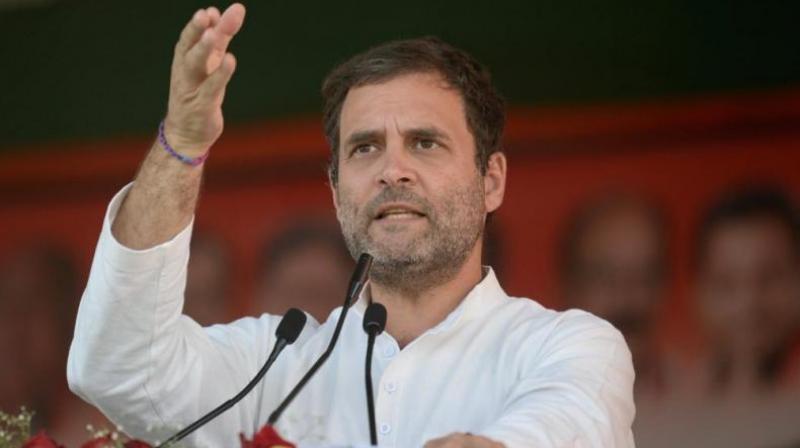 New Delhi: Congress leader Rahul Gandhi on Tuesday claimed that international media has "exposed" Facebook and WhatsApp's "brazen assault" on India's democracy and social harmony, as he demanded an investigation into the allegations against them.

With his tweet hitting out at the social media giant, Gandhi tagged a recent article by the Wall Street Journal on how questions were raised by Facebook employees on its India team's neutrality after an executive posted internal messages allegedly favouring the BJP.

"No one, let alone a foreign company, can be allowed to interfere in our nation's affairs. They must be investigated immediately and when found guilty, punished," Gandhi tweeted.

The popular messaging app WhatsApp is also owned by Facebook.

Another report in the Wall Street Journal earlier this month and one in the Time magazine had brought to fore similar allegations.

Dismissing the Congress' allegations, BJP leaders have been alleging that Facebook favours other parties, with the ruling party's IT cell head Amit Malviya alleging a "Congress-Facebook nexus".

The Congress has written two letters to Facebook CEO Mark Zuckerberg seeking action against its India team, an independent probe into their functioning and replacing them.

Hitting out at the Congress for alleging a nexus between the BJP and Facebook, Malviya had on Saturday said it is not some social media firm but the people of India who have rejected Rahul Gandhi and his party.

After a major political row erupted over the allegations against it, Facebook had earlier said its social media platform prohibits hate speech and content that incites violence, adding these policies are enforced globally without regard to political affiliation.