Reportedly, Haque's wife Mamtaj Begum was also summoned by a foreigner's tribunal in 2012 to prove her citizenship. 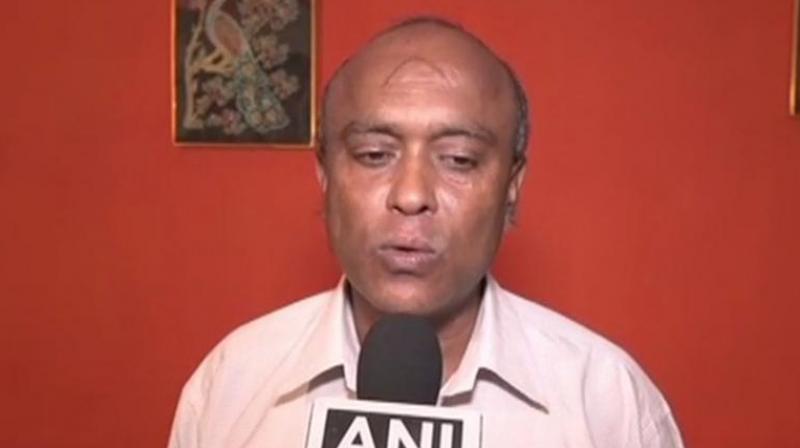 Haque said that it was not possible to join the Army without a police verification, which in his case was also done. (Photo: ANI/Twitter)‏

Guwahati: The Assam Police has accused Mohd Azmal Haque, who served the Indian Army for 30 years, of being an illegal Bangladeshi migrant. It has registered a case against him, asking him to prove his nationality.

Haque, who lives in Chayyagaon, 70 km from Guwahati, received a notice in September from the foreigner's tribunal, according to reports.

He has been asked to prove that he is an Indian national and not a Bangladesh migrant. The tribunal will begin hearing on October 13.

The notice stated that the district police have alleged that Haque, who retired as a Junior Commissioned Officer last year, entered Assam illegally without documents after March 25, 1971.

"I am very sad, I cried a lot. My soul is broken... After 30 years of service I have to face such insult...If I were an illegal Bangladeshi, how could have I serve the Indian army?" NDTV quoted Haque as saying.

Dear India,AzmalHaque,ex-IndianArmy,wants u all to listen to him& request @PMOIndia to stop harassing IndianCitizens in d name of foreigners pic.twitter.com/5xHfB1Ldji

Haque said that it was not possible to join the Army without a police verification, which in his case was also done.

Reportedly, Haque's wife Mamtaj Begum was also summoned by a foreigner's tribunal in 2012 to prove her citizenship.

“I have no doubt that I will get justice at the tribunal. But it pains me when my daughter questions me if this is how the country treats those who serve it for so many years,” Hindustan Times quoted Haque as saying.

Infiltration of illegal migrants from Bangladesh has been a major issue in Assam.

After BJP came to power in Assam last year, Chief Minister Sarbananda Sonowal faced the grave challenge of resolving the illegal migration issue in the state. The government promised to end it by sealing the 262 km Indo-Bangladesh border.

Sonowal had then said that he will ensure that illegal migration from Bangladesh is stopped in two years.