'Freedom of choice is ours': India on S-400 purchase from Russia

Last year, India agreed to buy five S-400 systems for USD 5.2 billion, and Russia has said that delivery is on track. 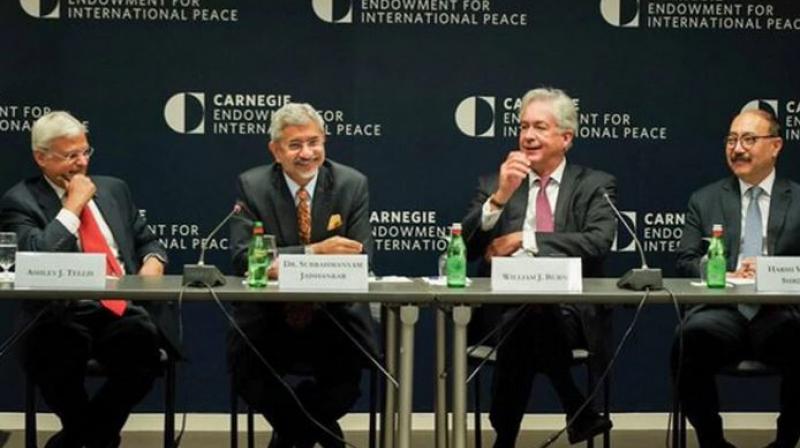 New Delhi/Washington: India on Monday defended its right to buy a missile defence system from Russia despite the threat of sanctions from the United States.

On a visit to Washington, External Affairs Minister S Jaishankar said India was discussing the US concerns, but declined to forecast the ultimate decision on the fate of the S-400 purchase from Russia.

"That freedom of choice is ours and we think it's in everybody's interest to recognise that," he said.

India, a Cold War ally of the Soviet Union, last year agreed to buy five S-400 systems for USD 5.2 billion, and Russia has said that delivery is on track.

Under a 2017 law, the United States imposes sanctions against countries over "major" arms purchases from Russia due to Moscow's military involvement in Ukraine and Syria and alleged meddling in US elections.

Turkey, a NATO ally, in June angered the United States by also going ahead with an S-400 purchase.

President Donald Trump responded by ending Turkey's involvement in the F-35 fighter jet program but has yet to announce other sanctions.

The United States has threatened sanctions to force all countries to stop buying oil from Iran as it seeks to curb the clerical regime's influence in the Middle East.

In May, the Trump administration ended waivers for countries including India, formerly a leading customer for Iranian oil "We view Iran from the east, and from the east Iran has been a very stable, status quo power," Jaishankar said.

For India, "we've been repeatedly assured that the affordable and predictable access to energy will not change," he said, declining to comment further on discussions on Iran.

India has been teaming up to expand Iran's Chabahar port, a way to ensure a supply route to Afghanistan that bypasses Pakistan, New Delhi's rival and historic ally of the Taliban.