Precipitation received so far is 10 per cent more than the normal, which is highest in the last 25 years, said IMD official. 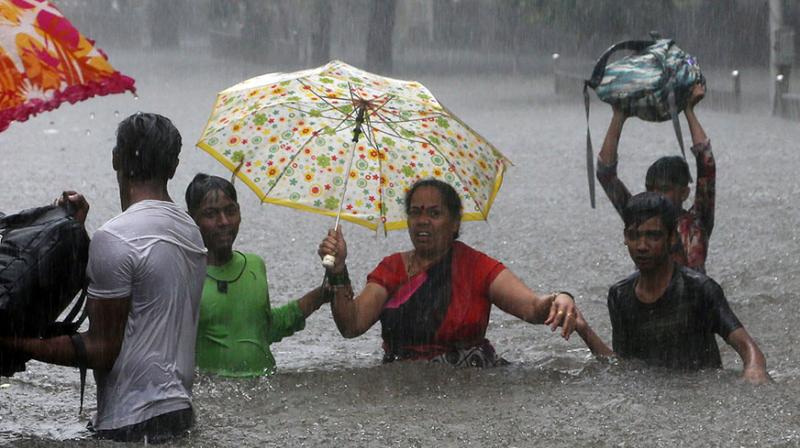 Mumbai: The extended southwest monsoon over the Indian subcontinent has not only caused devastation at several places in the country, but has also broken some old records and set new ones.

In Maharashtra, the monsoon has brought copious rains with its late onslaught. Solapur district has reported lowest precipitation of rainfall, which is -38 per cent, whereas Pune district has received 109 per cent rainfall of its normal, said the IMD official.

Mumbai has received 3,669.6 mm rainfall so far this season - the highest in 61 years - as against its normal quota of 2,350 mm. In 1958, Mumbai had received 3759.7 mm rainfall. After that, Mumbai has recorded its highest rainfall in the current season, which is still not over, he said.

Mumbai also faced extremely heavy rainfall (which means more than 200 mm rainfall in 24 hours) five times in the entire season. "This has happened for the first time here in Mumbai, said the official.