It also asked officers to be wary of immigrants who take shelter in roadside slums by posing as residents of other states. 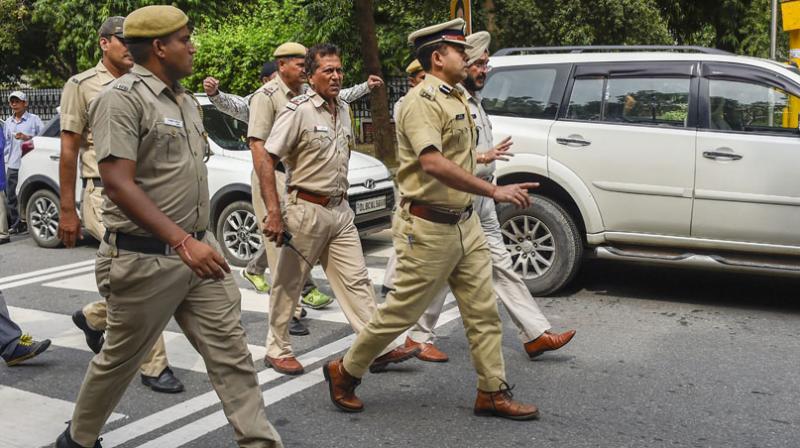 The police personnel are asked to collect fingerprints of the suspected illegal immigrants so that their centralised data base could be prepared. (Photo: PTI | Representative)

Luckonw: As a measure to strengthen internal security, the Uttar Pradesh police is set to launch a drive for identification and verification of illegal Bangladeshi immigrants and other foreign nationals who are residing in different places across the state.

The district police officials are asked to send the report to the state government for deportation after identification of illegal immigrants.

UP Director General of Police (DGP), OP Singh, issued a detailed circular to all district police chiefs on Monday directing them to launch comprehensive drive for identification of illegal immigrants, reported Hindustan Times. He said that the district police are expected to crosscheck the nationalities of people staying in camps and slums on the city outskirts, on roadsides around railway stations and bus stands as well as slums that have recently come up on deserted stretches in the cities.

The circular also asked the officers to be wary of the illegal immigrants who take shelter in such roadside slums and camps by posing as residents of other states of the country. He said the district police should do verification of the suspected illegal immigrants and crosscheck their claims if they identify themselves as residents of other states.

The circular stated that the police should also try to verify how the suspected illegal immigrants had managed to get different identity proofs and list the state facilities they were availing. He said people helping them in getting fake identity proofs should also be identified and stern action should be taken against them.

The police personnel are also asked to collect fingerprints of the suspected illegal immigrants so that their centralised data base could be prepared.