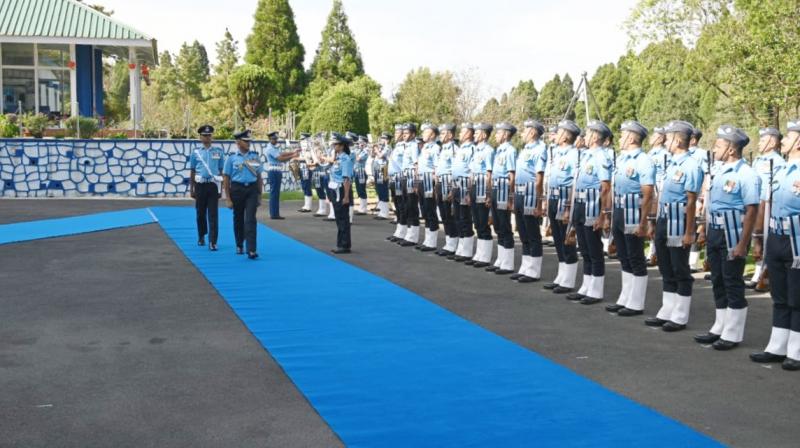 Kolkata: The Eastern Air Command (EAC) of the Indian Air Force (IAF) got a new boss on Saturday. Air Marshal SP Dharkar, who is an experienced fighter pilot with over 3600 hours of flying, became the new Air Officer Commanding-in-Chief (AOC-in-C) of the EAC.

He succeeded Air Marshal DK Patnaik who retired on Friday after more than 38 years of distinguished service in the IAF, said Defence spokesperson in Meghalaya Wing Commander Sreeprakash J.

During his illustrious career, he has commanded a front line fighter squadron and a Fighter Flying Training Establishment and has also instructional experience in conducting Professional Military Education for medium and senior level officers at the DSSC and at the College of Air Warfare, Secunderabad.

Air Marshal Dharkar has served as Assistant Chief of Air Staff (Training) at Air Headquarters and Air Defence Commander at Headquarters Eastern Air Command. He has the distinction of being the first Director General of Defence Space Agency.