UP: 14 dead, 70 injured as boiler explodes at NTPC plant in Raebareli

Uttar Pradesh CM has taken cognizance of explosion and has directed Principal Secretary Home to ensure all steps for rescue and relief. 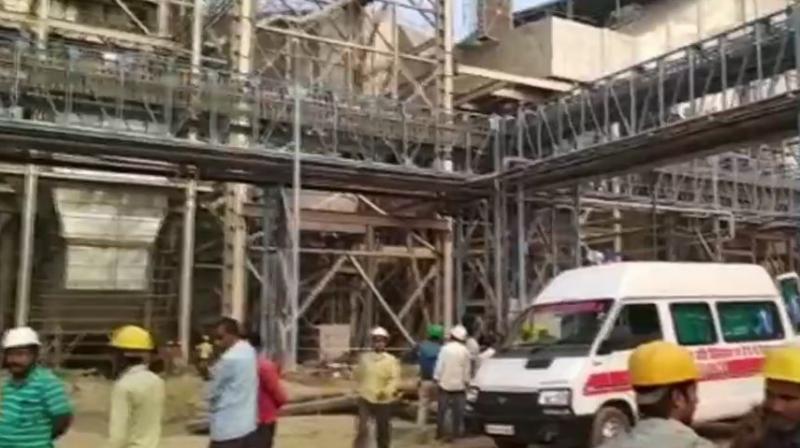 At least 100 people have suffered injuries after an ash-pipe exploded at the National Thermal Power Corporation (NTPC)'s plant in Raebareli. (Photo: ANI | Twitter)

"Fourteen people have been killed in the explosion," Chief Medical Officer of Raebareli, DK Singh said.

"The toll may rise", he added.

NTPC said the accident in the boiler of 500 Megawatt MW under trial unit of NTPC– Unchahar occurred on Wednesday afternoon.

According to the Raebareli District Magistrate the pipe had exploded due to pressure.

According to NTPC, rescue operations are underway in close coordination with District Administration and injured people have been shifted to nearby hospitals.

Uttar Pradesh Chief Minister Yogi Adityanath has taken cognizance of explosion and has directed Principal Secretary Home to ensure all steps for rescue and relief.

Yogi Adityanath has announces an ex gratia of Rs 2 lakh for next of kin of deceased, Rs 50,000 for critically injured and Rs 25,000 for injured.