The JMC issued an order making it compulsory for the staff to sing the national anthem every morning and Vande Matram every evening. 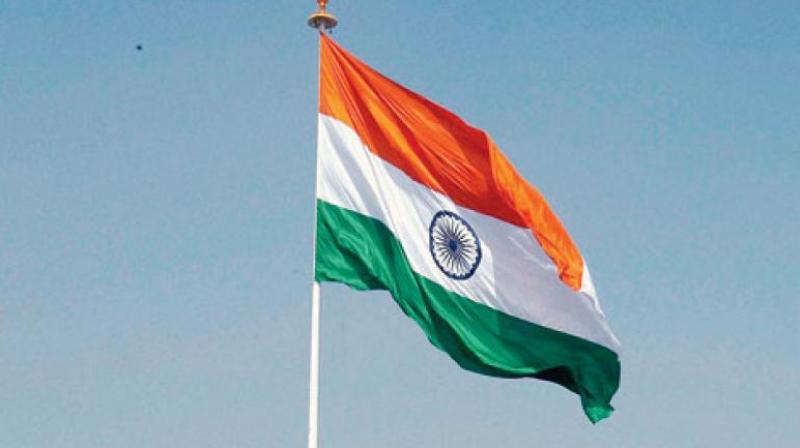 Following the orders, the staff at JMC headquarters started the day while singing the national anthem on Tuesday. (Photo: PTI/File)

Jaipur: Jaipur may have been at the bottom of Swachhta ranking; thousands of cows may have died in the Gaushala run by the Jaipur Municipal Corporation (JMC); streetlights may be defunct; the JMC may be cash starved to carry out routine job; and more than a year after becoming the mayor, he has not been able to constitute working committees, yet Ashok Lahoty, the young mayor of Jaipur, feels that his primary responsibility is to inculcate nationalism. For him, it is more important for the staff to sing the national anthem than do their job properly.

“Anyone who wants to live in India will have to sing Vande Matram,” he said. The Congress has described the move as a ploy to divert attention from the real issues and to cover up his failures.

“No one is opposed to singing the national anthem. The mayor is misleading people on this issue as the JMC has totally failed to carry out development works. To hide his incapability, the mayor is resorting to such publicity stunts,” said Dr Archna Sharma, Congress spokesperson and former councillor.